Cardano (ADA) saw its price dive today alongside most other altcoins. 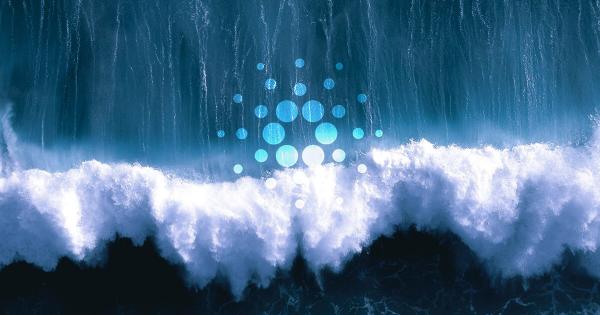 Cardano (ADA) saw its price dive today alongside most other altcoins. This movement came close on the heels of a sharp rally seen earlier this week.

The cryptocurrency’s bullish price action has largely come about as a result of positive developments surrounding the highly anticipated Shelley hard fork.

In a tweet from yesterday, Charles Hoskinson – the CEO of Cardano parent company IOHK – explained that the stress tests for the Shelley hard fork have been completed and that the update endorsement has been signed.

This means that the fork will take place in the coming two days. Shelley is expected to decentralize the Cardano network while also providing increased scalability.

Despite this positive development, ADA’s price has not been immune from the market-wide altcoin sell-off seen throughout the past day, which has come about as a result of Bitcoin’s immense strength.

Late last week, the IOHK team set in motion the Cardano hard fork process, although there was a period in which it could be aborted if they encountered any flaws.

This period has since passed, and the team has signed off on the update endorsement. This means that the Shelley hard fork will take place on July 29th.

Charles Hoskinson spoke about this in a recent tweet, announcing that it’s now “all systems go” for the imminent fork.

In a later tweet, Hoskinson further went on to offer an optimistic outlook for the years ahead, explaining that he predicts “hundreds of assets” running on Cardano, as well as “thousands of DApps.”

“This time next year I predict there will be hundreds of assets running on Cardano, thousands of DApps, tons of interesting projects and lots of unique use and utility…”

The Shelley hard fork is undeniably a positive development for Cardano. However, there are still widespread debates regarding whether or not it will truly help the blockchain garner widespread adoption, despite Hoskinson’s optimism.

Currently, ADA is trading down over six percent at its current price of $0.139. This marks a notable dip from its recent highs of $0.155 that were set around the time that the hard fork proceedings kicked off late last week.

Because Cardano’s price has been profoundly sensitive to news surrounding this fundamental development, there’s a good chance that it will see heightened volatility once the hard fork is completed.

The addition of ADA staking capabilities to Coinbase Custody, which is expected to take place later this year, could also have a positive influence on its price action.