The Cardano ecosystem levels up with the introduction of the Djed stablecoin. 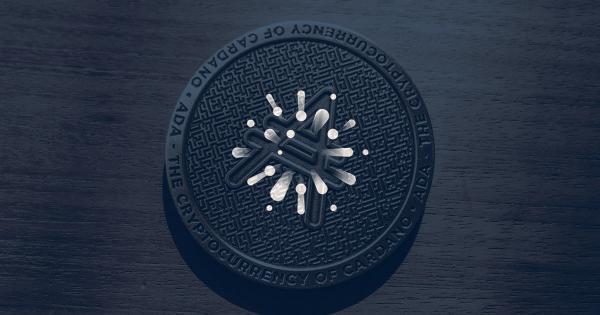 With the imminent launch of smart contracts on Cardano, thoughts turn to its ecosystem and how it will develop against competing chains.

One such consideration is stablecoins, which are an essential component of any crypto ecosystem. Stablecoins bridge the gap with fiat and presenting a solution to volatility.

Earlier this week, developers Input-Output Global (IOG) teased the Djed stablecoin, which they describe as an algorithmic token for proven price stability.

But what does all this mean?

Djed is algorithmically controlled to be stable

IOG CEO Charles Hoskinson spoke about Djed during a video he posted in mid-July.

He said IOG has been experimenting with the concept of stablecoins for the last three years. This includes investigating different types, such as algorithmically backed, asset-backed, and CBDCs.

But it wasn’t until this year that senior figures decided to compile the experiments to develop an algorithmic stablecoin for deployment on the Cardano network.

“Earlier this year, there was an idea of taking some of the experiments that were conducted on Ergo and actually shooting for the fences and going for an algorithmic stablecoin that we could deploy on Cardano.”

It is described as a “crypto-backed algorithmic stablecoin contract that acts as an autonomous bank.” This means a smart contract controls a reserve of “base coins” and mints and burns stablecoins and reserve coins to hold the peg stable.

This process also includes charging fees, which accumulate in the reserve. Holders of reserve coins assume the risk of price fluctuation but also benefit from the fees collected.

“This approach provides a stable means of exchange. But Djed is not limited to being pegged to the dollar. It can work with other currencies, as long as there are oracles providing the contract with the corresponding pricing index.”

In line with Cardano’s philosophy of formal verification and the “scientific method,” Djed is the first formally verified stablecoin on the market.

IOG says its features, which include upper and lower bound maintenance, robust design in the event of market crashes, no insolvency, and no reserve drain possible, can be proven by mathematical theorem.

What’s more, as the underlying assets are publically viewable on the blockchain, the project claims to be completely transparent. Add to that a smart contract controlled method of automating the stabilization process, and Djed presents a refreshing alternative to others.

In the early hours of today (GMT), ADA hit $2.56, a new all-time high. This came off the back of an amazing run these last seven days in which Cardano grew by 23% and leap-frogged Binance Coin to take the third spot.