A string of recent developments has seen Cardano (ADA) continue to assert its position as a cardinal cryptocurrency, giving its holders every reason to turn their fling into a long-term relationship. 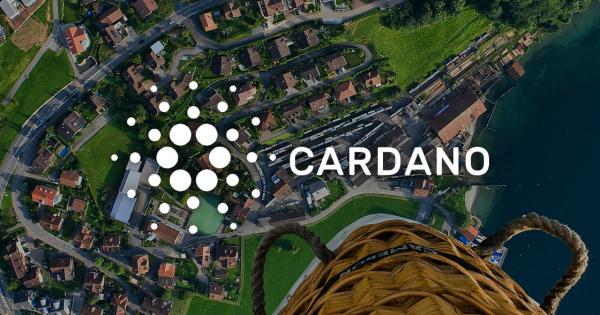 A string of recent developments has seen Cardano (ADA) continue to assert its position as a cardinal cryptocurrency, giving its holders every reason to turn their fling into a long-term relationship.

As Bitcoin’s gut-wrenching volatility upsets the hardiest of traders, funds are steadily shifting to the most select altcoins. A ranking in the fiercely cut-throat top 10 is not possible without constant enhancements, announcements, updates, and alterations — all of which the young Cardano project seems to be working tirelessly to deliver.

While lacking the industrial hype of a corporate project, the scholarly Cardano has gone from strength to strength since its September 2017 launch. Having has somersaulted its way to rank 7 by market capitalization — ADA’s bountiful $7+ billion market cap sandwiches it firmly between Stellar and Litecoin.

Carrying on from his work on Ethereum, Charles Hoskinson set out to offer a superior smart contract platform — a blockchain sufficiently equipped to deliver scalability, interoperability, and sustainability: Cardano.

Through its unique layered architecture and peer-to-peer academic foundation, Cardano has achieved immense success since its September 2017 launch.

The purist might consider Cardano a “whitepaper project” at its finest, deriving value not from its current state, but from its ambitious roadmap and remarkably qualified team — similar to the more established EOS.

Despite the project’s infancy, Cardano’s native token has accumulated a formidable momentum — up more than 50% in April — following a stream of crucial exchange listings and technological developments.

Huobi issued a healthy dopamine hit to ADA holders on April 16th, announcing the listing of Cardano on their monolithic Beijing-based exchange. As one of the largest Chinese cryptocurrency exchanges, Huobi’s inclusion of Cardano can be considered a seemingly impossible victory for the decidedly western blockchain project.

As one of the toughest nuts to crack, the impenetrable Chinese market has been a tantalizing fantasy to most — with a blockchain industry sealed as tight as the nation’s inscrutable economic policy.

In this vein, Cardano may soon enjoy some of the protection offered to the likes of NEO and ONT, not to mention exposure to what is fitted to become the one of the world’s largest blockchain markets.

Just as the aftershocks of Huobi’s bombshell began to wear off, traders welcomed twins to the family with Binance’s addition of the ADA/BNB and ADA/USDT pairs. As the world’s largest cryptocurrency exchange, the Binance announcement was timed perfectly to cement Cardano’s standing as a favorable trading asset.

As cryptocurrency holders grow wearily resigned to the flaws and limitations of their token, their bitter complaints are lost in the fray of the internet. Cardano is different.

When it comes to technological enhancements and amendments, Cardano employs a refreshingly democratic process — amongst an army of militant development teams, who may give the suggestions of their community members as much breathing room as a North Korean electorate.

In stark contrast, every holder of ADA may propose an upgrade. Should the proposal be upvoted by the remainder of the community, the development team will see the idea come to fruition.

Implementing an asynchronous restoration feature, the upgrade has successfully ironed out the kinks in the blockchain’s default wallet. The team detailed:

“Daedalus will detect when the time on a user’s machine is out of sync with the global time and will display an error message asking the user to fix the issue. Before this feature was added when there was a time difference of 20 seconds or more, the Cardano node was unable to connect to the network and validate the blockchain, and Daedalus would be held on the loading screen with the “Connecting to network” message.”

For those indifferent to a wallet upgrade, they’ll do well to be unimpressed by the team’s list of recent endeavors. Rolling up their sleeves, the team has given the wallet’s back-end an overhaul, in addition to doing some heavy labor under the hood — working on Linux support, in addition to faster block verification and application.

In the face of ferocious competition, Cardano’s rapid evolution has left the unbeatable for dead. Even the Etherum-faithful can respect Cardano’s hypersonic progress — having raked in a $7 billion market cap in but months — and securing exchange listings sufficient to establish ADA as an integral trading commodity.

Where projects achieve outrageous success without substance, Cardano turns heads for its uncanny ability to deliver — egged on by the project’s democratic processes and erudite development team.

As the team prepares to raise the curtain on smart contracts with its IELE Virtual Machine, Cardano’s bullish flight is impressive and worth studying closer.