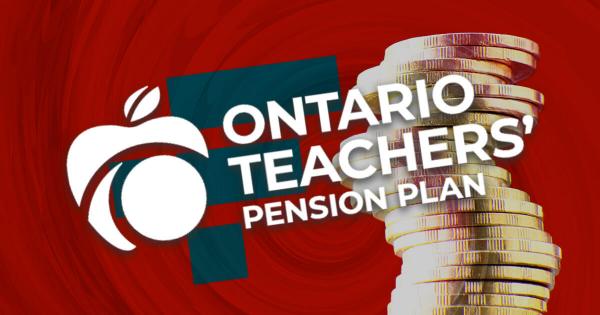 Canada’s largest pension fund Ontario Teachers said it would write off its $95 million in bankrupt crypto exchange FTX, according to a Nov. 17 press statement.

According to the pension fund, it made two investments in the embattled exchange between October 2021 and January 2022 through its Teachers’ Venture Growth (TVG) platform. Its first investment in Oct. 2021 was worth $75 million, while its second investment was $20 million.

The two investments “represented less than 0.05% of (its) total net assets and equated to ownership of 0.4% and 0.5% of FTX International and FTX.US, respectively.”

Ontario Teachers revealed that it carried out a robust due diligence process that explored the exchange-provided materials and other research materials on commercial, regulatory, tax, financial, technical, and other matters.

The pension fund said the financial loss from the FTX investment would have a minimal impact on its plan, given its size relative to its total net assets and strong financial position.

Meanwhile, the fund said it fully supported regulators’ efforts to review the risks and causes of FTX failure.

Ontario Teachers join a growing list of investors writing off their investments in FTX. Earlier in the week, Singapore-owned Temasek said it was writing off its $275 million investment in the exchange.

Another investment firm Sequoia Capital quickly wrote off its own $213.5 million investment in FTX on Nov. 10.