Binance’s BEP-95 will lead to a reduction in the supply of Binance coin. 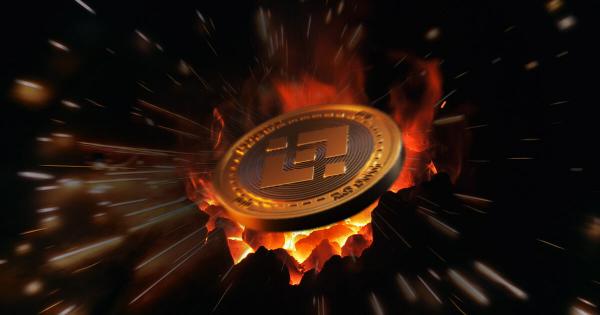 Binance Smart Chain (BSC) has finally activated its BEP-95 upgrade which would lead to the phase out of the old manual burning method to an automatic burning mechanism. Though the burning mechanism shares a few similar features with that of Ethereum’s EIP-1559, there are quite a number of differences in both burning methods.

Earlier in the week, the BSC official twitter handle revealed that the new mechanism has been launched and its burn ratio, at inception, sits at only 10%.

This mechanism had been introduced since October when the Binance team stated that the goal of the new burning technique was to speed up the burning process which they believe could drive an upward movement in the value of the crypto exchange native token as it would become more scarce.

According to Binance, “this burning mechanism would further reduce BNB supply; thus, increasing demand would drive the BNB value higher.”

It however noted that the drawback to this mechanism was that validators and delegators would no longer be able to receive the same amount of BNB rewards they used to receive in the past, but they can take solace in the fact that the fiat value of their rewards may increase.

This new mechanism, it should be noted, will not be replacing the scheduled manual burns of its tokens. Instead, both are expected to exist side by side. You’ll recall that Binance, in previous times, manually conducted its BSC burns. The most recent of those burns took over $600 million worth of BNBs out of the network.

Binance and Ethereum’s burn share a similarity in collecting assets for their burn pools through transaction fees. However, in Binance’s case, some of these fees are still paid to validators while Ethereum burns all of these fees.

Another major difference between both is the fact that in Binance case, there are no new coins entering the market whereas Ethereum tend to reward miners with new units of the asset.