Wrapping up 2017 as the hottest exchange on the planet, Binance is teetering on the edge of being too popular for its own good. 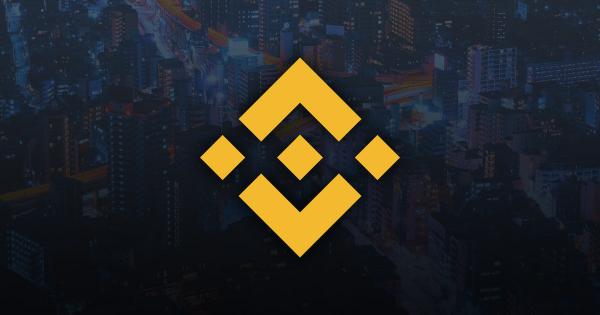 Wrapping up 2017 as the hottest exchange on the planet, Binance is teetering on the edge of being too popular for its own good. Most major exchanges have had to temporarily halt new user signups, including Binance. However, as soon as they re-opened, CEO Zhao Changpeng admitted in an interview Binance had 240,000 new investors sign up in a single hour. Binance’s astounding growth is a credit to both its own strengths, and the flaws of most other exchanges today.

Binance rose onto the scene as frustration was mounting with conventional exchanges. Holders of Bitcoin from January of 2017 to January of 2018 saw 1800% returns, which makes the single digits you might get from a bond seem pretty inadequate.

It’s no wonder investors are flooding into crypto. But crypto simply isn’t ready for them.

Popular exchanges like Coinbase, Bittex, and Poloniex have all seen massive spikes in new users. Fees are sliding up, and transaction times are lagging painfully.

Deposits and withdrawals are taking longer and longer to clear. Responses to user support tickets are slim to nonexistent. It’s no wonder in this climate, Binance launched a few months ago and has already rocketed to the rank of number one exchange by trading volume.

In a single hour on Wednesday, 240,000 new users created accounts on Binance. The exchange adds up a few million new investors weekly. Coinbase has around 13 million users: for perspective, Charles Schwab has around 10 million.

When Coinbase was adding a million new users a month, that was hailed as a sign that the crypto gold rush was truly on. Binance now hits that number weekly.

Currently processing around $5.5 billion in trading volume daily, Binance has been praised for its solid interface and good selection of altcoins. Users can also pay trading fees in Binance’s own coin, BNB, for a 50% discount.

The Binance team has closed the doors temporarily to new investors, flatly admitting their infrastructure needs revamping to handle increased demand. Per a Bloomberg interview, there’s a member of the Binance team whose full-time job is requesting additional servers from Amazon Web Services, who hosts the team.

It’s commendable that the exchange is focused on improving for existing users, rather than taking in more money they can’t support. However, for now, many prospective Binance investors are on the sidelines.

Decentralized exchanges are often hosted on the blockchain, and employ smart contracts. They embody many of the core benefits of blockchain: security, transparency, lower fees, and so on. Keep an eye out for projects like 0x, AirSwap, Bancor, Loopring, and others. Even if those specific projects don’t take off, in the long run, the concept of decentralized exchanges could flourish.

In the short term, exchanges are the best place to buy crypto, and Binance is the reigning king. Easy to use with respectable fees and a great selection of coins, Binance deserves all the good press it’s getting. We’ll stay tuned in the future to see if they can maintain the top spot.