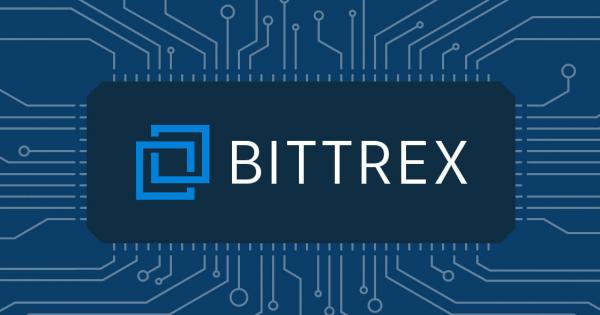 Seattle-based Bittrex has recently announced the launch of the latest generation of their website, inviting customers to test a new beta version of the platform. The new site boasts a range of updates, including a user interface overhaul, security updates, and API improvements.

Bittrex currently ranks as the 11th highest exchange by volume despite having temporarily halted new user signups in December 2017, a hiatus that is still in effect today. Whether or not the launch of the new Bittrex site will be accompanied by a reopening of new account registration is a matter of debate in the cryptocurrency community.

Bittrex CEO, Bill Shihara, has stated in an interview with Unikrn Radio earlier this year that the exchange hopes to add another 20 support contractors to the Bittrex support team, a move which may potentially alleviate the platform’s lengthy backlog of support requests and allow the Bittrex to open the doors to new accounts once again.

While many of the changes incorporated into the new Bittrex website are purely cosmetic, some updates listed on the Bittrex Github may cause headaches with algorithmic traders.

Bittrex states that the platform has identified some common API patterns used by bots and other trading software, and is now providing new methods for accessing accounts and exchange data.

Improper use of the Bittrex API, however, is now targeted with a throttling mechanism designed to minimize the adverse effects of inappropriate behavior. Notably, accounts are now only to make a maximum of 60 API calls per minute — a restriction that could negatively impact algorithmic traders that rely on high-frequency API requests.

While the new Bittrex site promises enhanced overall performance, users are advised to remain aware of the potential for unexpected crashes, unanticipated visual artifacts, and other functionality anomalies, but are encouraged to submit a support ticket to assist with the development of the new site.

The announcement of the new Bittrex site foreshadows the removal of 82 cryptocurrencies from the exchange, which is set to occur on the 30th of March.

Since Bittrex’s announcement of the imminent delisting, three more tokens have been added to the list of cryptocurrencies to be delisted — START, FAIR, and PKB.

With the removal of defunct cryptocurrencies from the platform and a potential reopening of new account signups, Bittrex is set to re-establish itself as a market leader in the cryptocurrency space. Statements made by Bittrex CEO Bill Shihara in February this year hint that the platform could soon dump tether in favor of fiat support, allowing users to fund accounts with USD deposits.

In the meantime, however, the new beta site — available at beta.bittrex.com — will provide existing users with enhanced functionality, streamlined API support, and better security.