Bittrex CEO Confirms USD Deposits Are Coming to Its Platform 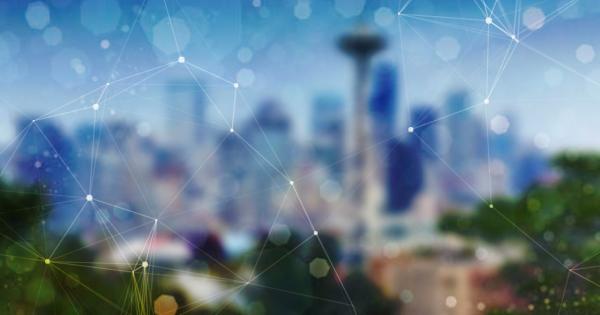 The CEO of Bittrex, Bill Shihara, recently appeared on the podcast, UnikrnRadio with Rahul Sood, where he disclosed that the popular Seattle-based cryptocurrency exchange could soon allow deposits in US dollars (USD) to be made on its platform.

The podcast episode was made publicly available on January 30th. During the interview, Shihara discussed the possibility of Bittrex allowing USD deposits on its platform.

However, the CEO also talked about cryptocurrency exchanges in general, and on a more personal note, what encouraged him to enter the industry.

The first topic that was addressed was the issue of new exchange signups. After the significant price increase of most major cryptocurrencies in 2017, most major crypto exchanges experienced a massive influx of new signups and had to temporarily

Several major exchanges such as Bitstamp, Binance and Bittrex all went as far as to temporarily suspend new signups in December 2017.

When pressed about when Bittrex will begin allowing new signups again, Shihara noted that Bittrex will be ready to open up international signups in the foreseeable future.

However, Shihara also cautioned that all new signups would be subject to extra-precautionary measures, such as providing a minimum deposit.

The CEO added that the newly added measures are simply a way in which the platform can ensure that all new signups are individuals with knowledge about the market.

USD Deposits On the Way

Most notably, the podcast episode revealed that Bittrex would soon allow USD deposits on its exchange. At the moment, Bittrex only accepts pairings in Bitcoin and Tether for all their other listed cryptocurrencies.

While adding support for USD deposits would surely be more convenient for traders, Shihara warned that Bittrex was designed with the professional or institutional trader in mind; the average Joe with little-to-no knowledge about the industry might find this environment difficult to navigate.

While this may be discouraging to some, Shihara also revealed an exciting new collaboration which is more likely to appeal to a larger audience. Shihara discussed Bittrex’s collaboration with the South Korea-based exchange, Upbit. This partnership allows Bittrex to offer services to the regular trader, while Upbit benefits from Bittrex’s liquidity.

Bittrex also has several more similar partnerships planned that they will announce throughout 2018. However, Shihara highlighted the upcoming USD trading feature. The CEO warned that USD trading will not be open for the entire platform, only for their clients and certain select foreign partners.

This implies that Bittrex might soon dump its Tether pairings, which is interesting in its timing as this announcement has been made in the wake of growing suspicion and CFTC crackdown of Tether.

Shihara talked briefly about the Tether issue on the podcast episode. He acknowledged the difficulty surrounding the issue and stated that at the moment, Bittrex treats Tether as a USD substitute. Shihara emphasized he always urges people to educate themselves on cryptocurrency.

Shihara also addressed the issues of atomic swaps and decentralized exchanges and its possible effect on Bittrex. According to the CEO, the industry and its underlying technology are still in its infancy and that it has to mature sufficiently before effective decentralized trading can handle the sheer trading volumes of exchanges such as Bittrex.

While decentralized exchanges would be excellent for a certain niche market, such as individual traders looking to make a single trade, they will not be capable of processing mass trading volumes in an institutional capacity.

The interview included several more talking points such as Bittrex’s history, the events of 2015 and how it affected the exchange, as well as the CEO’s personal involvement with the industry. You can listen to the full podcast below.