What is happening with Bitcoin and Segwit2x? Eliot Prince · 5 years ago · 4 min read
This article is more than 2 years old...
News › Bitcoin · Bitcoin Cash › Technology

The transaction capacity of Bitcoin is a constant thorn in the side of everyone involved in cryptocurrency from core developers to users. 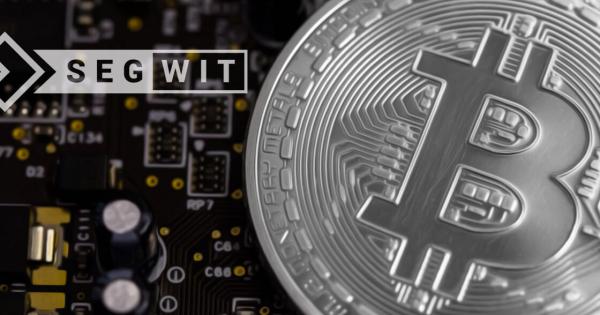 The transaction capacity of Bitcoin is a constant thorn in the side of everyone involved in cryptocurrency from core developers to users. We have seen a wild few months unfold which includes record-breaking prices and market cap, a blockchain split in the form of Bitcoin Cash and the activation of SegWit protocol.

The Chinese government isn’t too happy with the Bitcoin dream, plus there are disagreements deep inside the blockchain. The turmoil is set to continue, with some likely twists over the coming weeks.

So what happens next for Bitcoin and Segregated Witness?

Further protocol changes are scheduled to go ahead in mid-November as SegWit2x is planned to be rolled out, meaning a hard-fork is almost guaranteed. There is plenty of speculation on how Bitcoin will look by the time 2018 arrives.

There are many differing opinions on how to best scale the network in order to reduce latency and keep fees low.

SegWit literally stands for Segregated Witness, which is a format that helps to include more transactions in each block. It operates by splitting certain data out of a transaction, including the digital signature, and attaching it to the backend of the block. Each transaction is then less data-heavy, thereby enabling more transactions to fit in a block.

The SegWit protocol is already live and usable on the Bitcoin blockchain following successful use with Litecoin and the Bitcoin testnet. Once SegWit became active in August, it triggered a three-month period before it is deployed.

2x proposes to build upon Segregated Witness optimization by increasing each block size from 1mb to 2mb. We have seen other Bitcoin blockchain implementations use increased block sizes in the past, but so far none have gained huge success, including the recent split that resulted in Bitcoin Cash. It is quite a simple idea to just increase block size when compared to explaining SegWit, but for many, it is a short-sighted fix that will be problematic to scaling usage.

Why make any changes at all? Well, the increased usage and trading of Bitcoin has led to increased wait times to process transactions. The volume of transactions is weighing the network down, as under the current rules the blockchain only allows 1mb block to be mined every 10 minutes. To put it simply, the network is slowing due to increasing usage.

The SegWit Working Group, who design, implement, build, test, and deploy software required to make bitcoin scale, have laid out the following for Segwit2x:

“During the month of November 2017, approximately 90 days after the activation of Segregated Witnesses in the Bitcoin blockchain, a block between 1MB and 2MB in size will be generated by Bitcoin miners in a move to increase network capacity. At this point, it is expected that more than 90% of the computational capacity that secures the Bitcoin network will carry on mining on top of this large block.”

What’s going on with SegWit2x?

Like everything in the cryptocurrency space, this situation is extremely fluid. A hard-fork is pretty much guaranteed, which means there could be a serious change to the Bitcoin protocols.

With huge amounts of money flowing into Bitcoin around the world, billions of dollars are on the line, which is turning the decisions political. The ideal situation is for everyone, the miners, developers, users and businesses, to be pulling in the same direction. The decision to fully roll out SegWit had huge support initially with most in favor, but as things progress previous supporters are pulling out of the deal known as the ‘New York Agreement.’

Unfortunately, there isn’t complete agreement about proceeding with SegWit2x. Some powerful holders in the Bitcoin industry (including startups like Coinbase, BitPay and Blockchain) are keen to proceed, along with a number of larger mining pools.

On the other hand, the core development team seems to be at loggerheads as they oppose the plans. Some are touting that the changes could hand more power to bigger corporations that have mining operations. This threatens the idea of a decentralized network. The feeling from Bitcoin core dev team members is that forcing a hard-fork is unnecessary and driven by political motives rather than technical necessity.

If you think Segwit2X is not going to happen, take a look at all the blocks signaling "NYA". It's like 90%. In Nov BTC is going to split.

On one hand you have Satoshi's Bitcoin Cash. On the other hand you have miner support for Segwit2x. I can't see Blockstream/Core surviving.

I am against Segwit2x hardfork in November due to 3 reasons:
– lack of urgent need
– lack of replay protection
– lack of consensus#no2x https://t.co/gnS1n3t5Ds

What’s the prognosis for Segwit2x?

The outcome of what happens with Segwit2x relies upon how many users actually adopt the proposal. Confusion could be the order of the day if miners accept Segwit2x as the way forward while core developers reject it.

The two most likely outcomes lie in the hands of the large mining pools who process the blocks. If they continue to signal their support for the changes and activate it with full support on the network then we could see a hard-fork that introduces Segwit2x and at the same time phases out the old blockchain.

The perceived worst-case scenario is another split in the Bitcoin blockchain that creates a new competing Bitcoin currency. If this happens holders of the currency could see a third currency (Segwit2x) appear in their wallet leaving Bitcoin, Bitcoin Cash and a third all competing for users. Everything could become messy and complicated with a large pool of miners supporting 2x while other nodes stick with Bitcoin Core (the original Bitcoin). As you can see, it is already getting complicated.

The term hard-fork often gets a nervous reception, especially by the world’s media. It is important to remember that it is not necessarily a bad thing; it is a major change to operating protocol which can lead to the successful growth of Bitcoin. Ultimately, it is a strength with numbers whichever side gains the most users (participating nodes) and, in turn, the difficulty will in all likelihood become Bitcoin in the future.

Bitcoin owners should keep themselves up to date on the situation in order to make decisions on their currency. If you use an intermediary company to store currency and make transactions, find out what their plans are for SegWit2x, Bitcoin forks, and splits. In the event of a split, it would be wise to check what blockchain companies will be supporting it.

Finally, avoid making transactions during any changes or forks since if the blockchain splits transactions could be sent to the wrong wallet address. Wait until the situation has settled down so you do not risk losing any funds.