Cryptocurrency payments provider BitPay added two stablecoins for fiat-equivalent settlements at merchant-level on October 15, according to a press release.

Cryptocurrency payments provider BitPay added two stablecoins for fiat-equivalent settlements at merchant-level on Oct. 15, according to a press release.

Seeing a significant demand for the usage of credible stablecoins in the cryptocurrency market, BitPay added Circle’s Centre USD Coin (USDC) and the Gemini Dollar (GUSD) – both pegged on a 1-to-1 basis with the USD – as a settlement option for customers. Until now, merchants could only receive bitcoin and bitcoin cash for cross-border transfers, but the development helps protect against price volatility and slippage during transactions.

Stephen Pair, the CEO of BitPay, stated the firm was founded to enable fastest, more secure payments using cryptocurrencies for retailers and merchants across the globe. However, the addition of stablecoins could invite several newcomers – who remained on the sidelines due to volatility – to transact in price-stable digital currencies.

While the cryptocurrency community argues low-fee, borderless payments are the most significant advantages digital currencies have over traditional methods, and it is massive price volatility and market manipulation that makes their use impractical for businesses transacting a considerable amount of money daily. In this regard, stablecoins have emerged as the strongest contender to traditional finance solutions.

BitPay’s Bitcoin and Bitcoin Cash settlements are transferred in over 150 fiat currencies in 190 supported countries. The company allows merchants to receive international remittances faster and at significantly lower costs while mitigating the use of complicated paperwork required before every remittance. The use of cryptocurrencies prevents third-party fraud risk, and quick settlements to fiat once bitcoin is received in the merchant’s home location.

BitPay believes stablecoin settlements are most likely to pick up in the emerging markets of Asia Pacific, South America, and Africa regions where banking is non-existence in rural locations and extremely difficult in moderately developed areas.

The company offers wallet and transactions services via a dedicated wallet application and a VISA prepaid card respectively. 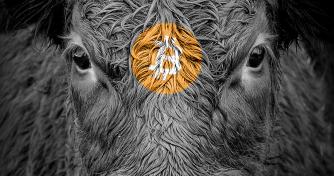 END_OF_DOCUMENT_TOKEN_TO_BE_REPLACED

Gemini dollar (GUSD) combines the creditworthiness and price stability of the United States dollar with blockchain technology and the oversight of United States regulators..