The country’s miners control a majority of Bitcoin’s hashrate and are sensing trouble after recent regulatory comments. 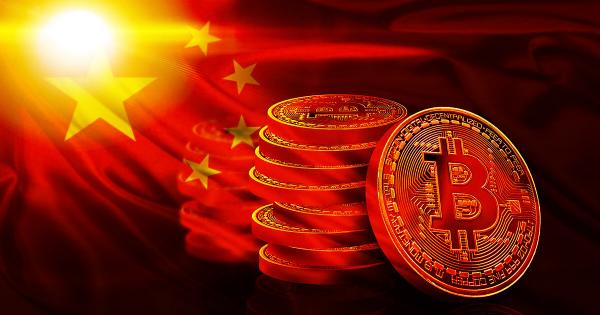 Chinese Bitcoin miners are scrambling to shift or shut operations after the latest round of ‘crypto FUD’ initiated by the government, a report on news outlet Reuters said today.

This requires massive amounts of energy for the maintenance, cooling, running of the machines. But some say as the source of this is via coal and fossil fuel-powered energy producers, it leaves behind a big carbon footprint for seemingly little benefit to the world.

And that, in turn, is against what China is trying to achieve as a country. “Crypto mining consumes a lot of energy, which runs counter to China’s carbon neutrality goals,” explained Chen Jiahe, a chief investment officer of Beijing-based family office Novem Arcae Technologies.

He added the recent crackdown is part of the country’s drive to end speculative trading in cryptocurrencies.

The annual energy consumption of China’s cryptocurrency miners is expected to peak in 2024 at about 297 terawatt-hours, the report stated. This, however, greater than all the power consumption by Italy in 2016, making such usage a big concern among environmentalists and industrialists alike.

Bitcoin, mining, and ruthlessness in China

Research suggests over 75% of Bitcoin’s hashrate—a measure of the computational power per second used when mining—originates from Chinese entities like F2Pool, Huobi, and others.

They’ve been around there for the better part of the last decade, with inner China’s favorable climatic conditions, cheaper electricity and manpower rates, and technical prowess proving advantageous for mining entities to grow and thrive.

However, Chinese officials are not as supportive of the quick growth. In statements last week, Vice Premier Liu He and the State Council said they would soon crack down on the trading and mining of cryptocurrencies in the country.

“[We will] crack down on Bitcoin mining and trading behavior, and resolutely prevent the transmission of individual risks to the social field,” the officials said last Thursday, with a drastic market sell-off ensuing in the hours later.

Meanwhile, industry insiders say mining as a whole is unlikely to end, as operators can simply shift to friendlier locations or use alternative energy sources.

But for Chinese miners, it’s yet another loss for the country: “Eventually, China will lose crypto computing power to foreign markets as well,” said BTC.TOP founder Jiang in a statement last week, a reference to how China lost its position as a crypto trading powerhouse back in 2017.