The 51 percent attack Bitcoin Gold experienced last week sparked an industry-wide debate about the security of the network. 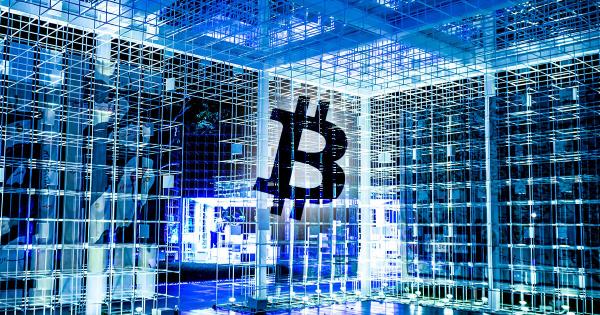 The 51 percent attack Bitcoin Gold experienced last week sparked an industry-wide debate about the security of the network. Many saw this as proof of BTG’s redundancy, but few focused on the problems in proof-of-work itself that enable these kinds of attacks to happen in the first place.

Proof-of-work is less secure than we think

Bitcoin’s lest famous hard fork, Bitcoin Gold, underwent a 51 percent attack last week which resulted in more than 7,000 BTG tokens being double-spent. The damage to the blockchain is around $72,000 at current prices.

As always, a 51 percent attack leaves much of the crypto industry divided. With most being busy arguing about whether or not coins such as Bitcoin Gold should even exist, very few seem to focus on the underlying problem—proof-of-work.

The revolutionary, but ultimately seriously flawed algorithm, has been exploited numerous times. Feathercoin (FTC), Vertcoin (VTC), Bitcoin Gold (BTG), Ethereum Classic (ETC), and Verge (XVG) have all suffered 51% attacks in the past few years. Many point out it’s just a matter of time before larger coins such as Bitcoin and Ethereum fall victim to a similar attack, which could have detrimental consequences to the crypto market as a whole.

The rise of blockchains based on proof-of-staking, spearheaded by the successful testnet for Cardano’s own PoS algorithm Ouroboros, has put new pressure on traditional PoW blockchains to deal with some of its intrinsic flaws.

One of the least talked about flaws of the proof-of-work algorithm is its legal ambiguity. While obtaining control over 51 percent of a blockchain network is seen as a malicious move by the crypto community, the act itself isn’t illegal. According to lawyer Josh Lawler, there is no legal definition of a 51 percent attack. Despite the U.S. law recognizing double-spending as theft, blockchain attacks are still an undefined territory.

“Legally speaking, holding 51% of the hash power, without anything further, probably does not break any law”

Apart from the legality issue, PoW faces another major problem—centralization. As the majority of large ASIC manufacturers are based in China, some estimates have shown that as much as 80 percent of all Bitcoin mining in 2018 came from China. CoinShares’ December 2019 mining report, however, puts this number at around 65 percent.

Bitcoin mining centralization has been one of the most debated problems in crypto, but the fact that a 51 percent attack on the world’s largest cryptocurrency would cost a staggering $1.4 billion seems to have put much of the industry at ease.

However, other major cryptocurrencies are much easier to control. Lawler estimated that a 51 percent attack on Bitcoin Cash would cost $72,000 while taking over the Lightning network would come up to $64,000. An attack on Dash and Ethereum Classic could cost as low as $15,000.