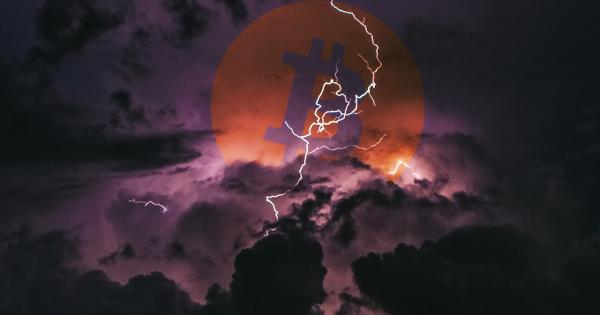 Bitcoin dominance over the market continues increasing while the interest for altcoins declines without any clear signs of a bullish breakout. But, if the cryptocurrency market behaves like it has in the past, altcoins could soon make a major come back that initiates their bull run.

Bitcoin has been in the spotlight after rising nearly 350 percent since mid-December 2018, which has allowed it to decouple from the entire market. The attention that BTC has had not only comes from its price action, but also the ongoing debate that is taking place in the U.S. about the regulations that must be enforced upon this cryptocurrency to avoid its use in illicit activities.

Since its release in Jan. 9, 2009, Bitcoin has entirely dominated the cryptocurrency market. There were several occasions between then and 2017 when its dominance fell under 80 percent, but on average it has always remained above 85 percent. It was not until the 2017 bull market until BTC’s dominance saw its first major drop.

As new ventures joined the space and introduced their tokens by forking off other cryptocurrencies or launching initial coin offerings (ICOs), the industry was flooded with new projects that claimed to bring innovation and become the “new Bitcoin.” As a result, speculation took hold over the market and capital started flowing out of BTC into new startups, leading to a significant drop in its dominance.

For the first time since its inception, Bitcoin plunged from an 86 percent dominance in Feb. 20, 2017 to 39 percent in early June of the same year while Ethereum rose to 31.5 percent and XRP to 9.4 percent. Despite regaining control of the market to reach a high of 65 percent on Dec. 8, 2017, BTC dropped to a new all-time low of 32.4 percent a month later and since then, its dominance has hovered between 50 and 57 percent.

Recently, Bitcoin has been decoupling from the rest of the market as its price has been able to rise significantly without many of the other cryptocurrencies in the sphere following through. This has led BTC to reclaim 68 percent market dominance while the altcoins appear to be staggered or even making lower lows.

In the eyes of Julian Hosp, co-founder of Cake and I-Unlimited, Bitcoin is on its way to capture an 80 percent share of the market as investors seem to be acknowledging the true value behind the pioneer cryptocurrency (unlike many other tokens in the space that lack sufficient decentralization).

Seems as if we are heading to an 80% #bitcoin market dominance again that we had prior to the last bubble. This means:
1. BTC goes up further
2. Alts go down further
3. A combo of 1 and 2
It is all about true value and it seems the market values $btc a lot. pic.twitter.com/6riZGAGRV8

The market recognition that Bitcoin has been receiving could be a direct result from the ongoing discussion in the U.S. about whether Facebook should or should not develop its own cryptocurrency, Libra, that has even brought different government officials such as ranking member of the Financial Services Committee Patrick McHenry to concede that due to the decentralized, permissionless, and trussless nature of Bitcoin, it is an “unstoppable force” that “cannot be killed.”

Moreover, a number of media outlets such as CNBC have shown their support for Bitcoin as the only truly decentralized cryptocurrency that has a chance surviving the regulatory forces around the world. This could be one of the reasons why institutional investors are mainly interested in developing BTC products like CME Group’s Bitcoin futures market, Fidelity’s Bitcoin trading desk, and Bakkt’s Bitcoin deliverable futures market, just to name a few.

The most important thing about bitcoin? Decentralization, says @JoeSquawk. But Libra does not have that benefit. "It's not going to do it for me." pic.twitter.com/1EJjjrSgRz

Even though there seems to be an outgrowing interest for Bitcoin while altcoins are left behind, there are those who argue that a similar scenario to what happened in early 2017 could develop and BTC dominance could soon plummet again, allowing altcoins to regain an important share of the market.

In a recent Twitter thread, @TheCryptoFam pointed out that investors could be in the disbelief stage of the “psychology of a market cycle,” which could affect their ability to understand the real state of the market by allowing their emotions to impact their trading strategies, making them “prisoners of the moment.”

The analyst believes that people tend to have short term memory and since the last time there was a major flow of capital into altcoin was around a year and a half ago, many people in the industry have become skeptical about the true value that altcoins have.

6/ The last true alt season ended ~17 months ago in February 2018. This is currently the longest we’ve gone without an alt season. It’s no surprise that many investors are skeptical we’ll have another. People have short memories. pic.twitter.com/TuDtJXabgg

Despite the skepticism, @PaddyStash maintains that there could be a new wave of capital flowing into altcoins very soon. According to the cryptocurrency trader, the altcoin index dominance has been contained inside an ascending parallel channel since March 2014. Since then, everytime altcoins dominance reaches the bottom of the channel it bounces off to the middle or the top and when it reaches the top it falls back to the bottom. At the moment, altcoins are trading at the bottom of the ascending parallel channel signaling that a rebound could come at any time.

Paddy Stash thinks that there seems to be an inverse correlation between altcoins and Bitcoin dominance that could confirm that volatility is coming to altcoins. Everytime BTC is at peak while altcoins are at bottom, the latter bounces off while the former goes down. Thus, for the analyst now that Bitcoin has reached a 68 percent market share, it could soon drop significantly allowing altcoins to rise once again.

Even though Paddy Stash foresees money flowing into altcoins soon, Willy Woo does not see it happening until the end of 2019 or even the beginning of 2020.

The partner at Adaptive Capital holds that the first indication that could predict capital injection into altcoins will be a steady and sustained bull run in Bitcoin accompanied with strong on-chain volume that will mute all sell-offs. In addition, Woo stated that a crossover between the total market capitalization of altcoins and the 365-day moving average will signal the next upswing. Based on the current market conditions, this will happen roughly five to seven months from now.

It is unknown when the next “altseason” will truly happen, but what is known is that in the past regardless of the fundamentals all altcoins rose at the same time. As a result, investors used to place speculative buy orders on different tokens and wait for the right moment to sell after they surged.

8/ In previous alt seasons, every altcoin pumps vs. BTC. All of them. I intentionally chose obscure coins to chart below, to show that pumps are not isolated trades on specific coins with the most potential, but rather that coins pumped regardless of team, project, use case, etc pic.twitter.com/F9aZi8vxL0

Even though the market today seems to be more mature than in the past as institutional investors appear to be increasing, speculation continues to reign the cryptocurrency industry allowing coins, such as Verge and Bytecoin, that are allegedly prone to 51 percent attacks, according to a recent study by Messari, to rank in the top 100 cryptos by market capitalization.

According to @MessariCrypto, these are the cheapest tokens to hit with a 51% attack.

The prices below are the cost to rent the mining power needed to control the network for a DAY, based on current NiceHash pricing. pic.twitter.com/mPJPTJKHN8

As the searches for “shitcoin” are on a steady increase in Google Trends, CEO of Three Arrows Capital Su Zhu recently noticed a whale slowly accumulating Ethereum over the past couple of weeks. Zhu believes that over 300,000 ETH have been bought, which could be signaling that capital is indeed flowing into altcoins and they could soon begin a new bull run.

If ‘altcoin season’ happened today what would the cryptocurrency prices look like? What about if Bitcoin continues to reign supreme and BTC dominance keeps rising? We model different BTC dominance scenarios and show the price implications on Ethereum, XRP, Bitcoin Cash, and Litecoin—providing a best-guess estimate of what the markets could look like.

Ethereum seems to be having a great year so far with some fundamental metrics hitting multi-month highs over the past week.