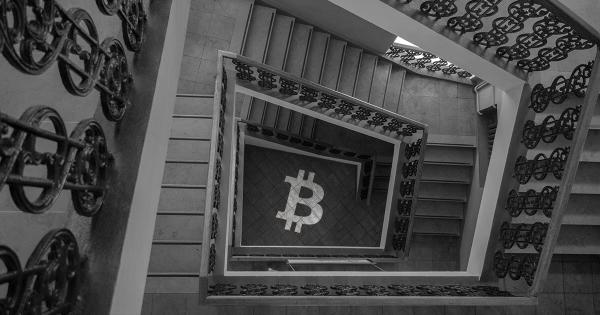 Analysts are now noting that the price action that has come about over the past several days may be shaping up to be a bullish technical pattern that typically marks the bottom of downtrends. Naturally, this begs the question: is Bitcoin’s bottom in?

At the time of writing, Bitcoin is trading up marginally at its current price of $7,200, which marks a slight climb from its daily lows of just over $7,000, but a notable decline from its daily highs of $7,400.

It does appear that Bitcoin has established a fresh trading range between these two price levels, with support at the former and resistance at the latter.

This ongoing bout of sideways trading has come about after BTC’s bulls failed to maintain the strong momentum that was sparked when it tapped $6,500 late last week. The lack of follow-through on this movement may point to underlying weakness amongst buyers and could mean that it was simply a dead cat bounce.

One potentially bullish factor that should be carefully considered in the near-term is the inverse head and shoulders formation that Bitcoin has been forming over the past week.

Big Chonis, a prominent cryptocurrency analyst on Twitter, spoke about this possibility in a recent tweet, explaining that any notable upside in the near-term could send Bitcoin past a long-established resistance line and confirm the bullish pattern that is currently forming.

“$BTC – hard not to state the obvious as this could be forming and Inverse H&S but it’s more important for the price to get above the descending line of resistance first that has held for weeks… Right shoulder lows likely not in yet… #bitcoin funding rate gone negative,” he noted while pointing to the chart seen below.

Although it may prove to be an arduous task for bulls to propel BTC past its multi-week descending resistance line, any sustained upward movement could shift the market’s tides back into the favor of buyers.