The price of gold has been crashing over the last nine years in terms of BTC. 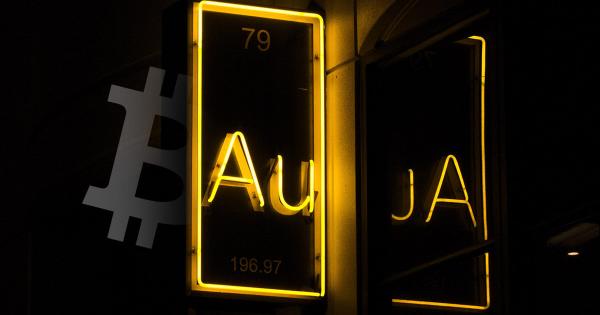 The price of gold has been crashing over the last nine years in terms of BTC. As the adoption rate of the flagship cryptocurrency grows, more ounces of gold can be bought with a single Bitcoin.

Gold is crashing against Bitcoin

Coin Metrics, one of the leading providers of crypto asset market and network data in the industry, recently added the GOLD/BTC trading pair to its platform. The idea was to deliver transparent and actionable data and analytics about the cost of an ounce of gold in terms of Bitcoin to industry stakeholders.

According to Josh Olszewicz, a self-taught trader and writing contributor at Brave New Coin, the downturn that gold went through against BTC is so steep that the veteran gold bug and longtime crypto critic Peter Schiff would not want anybody to see this chart.

Although gold has managed to recover its value and is now hovering around 0.20 BTC per ounce, it is still far from reaching the levels it saw nine years ago. And, based on the supply and demand economic model, gold may be bound for a further downward push.

The introduction of asteroid mining could open the doors to an enormous supply of gold. NASA estimates the total value of resources in asteroids could be worth quadrillions on Earth, which could bring to an end to gold as a store of value. As the world marches into the digital era, it may make it even more likely that Bitcoin, the decentralized digitally scarce cryptocurrency, becomes the world’s preferred store of value asset. And, gold may soon be worth a few satoshis.