Binance pledges to burn its entire team allocation of BNB, over $2 billion to be burned Mitchell Moos · 3 years ago · 2 min read
This article is more than 2 years old...
News › Binance › Derivatives

The world’s leading cryptocurrency exchange Binance pledged to burn its entire team allocation of BNB, a token representing pseudo-equity in the exchange, which provides ‘dividends’ through burn appreciation and additional value in the Binance ecosystem. 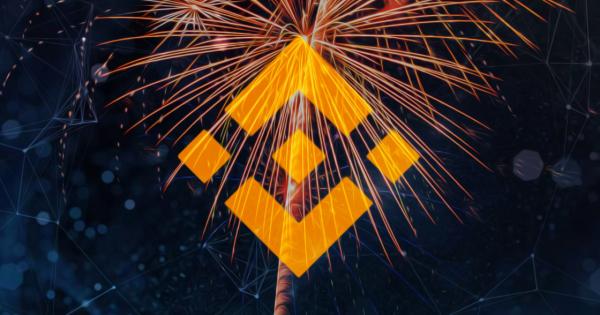 The world’s leading cryptocurrency exchange Binance pledged to burn its entire team allocation of BNB, a token representing pseudo-equity in the exchange, which provides ‘dividends’ through burn appreciation and additional value in the Binance ecosystem. The move is unprecedented, with the exchange burning $2.5 billion in tokens at current prices.

Binance CEO Changpeng Zhao (‘CZ’) announced in his latest AMA (“ask me anything”) that his company will burn its entire allocation of BNB.

Binance initially generated 200 million BNB during its ICO, with 40 percent of those tokens allocated to the team—80 million BNB. At current prices these tokens are valued at $2.5 billion.

“We are not going to cash a penny of that out,” said Zhao excitedly, “we’re going to burn it all.”

When added to the tokens previously scheduled for burn, the total supply of BNB will ultimately be reduced from 200 million to 100 million BNB, boding well for holders.

The team unanimously supported the decision, said CZ, “that shows that Binance is here for a mission, we’re not here for money. I think that should boost the confidence of our community.”

The burn would put the dominant exchange’s position closer to other crypto-projects without pre-mines or initial token allotments, a point of contention for many in the crypto-community who allege companies which have large initial allotments care more about enriching themselves at the expense of holders.

For example, Ripple owns 55 billion of the XRP tokens some of its founders created—worth $19 billion at current prices—diluting holder value by $535 million through market sales over the course of 2018.

Meanwhile, even though the team no longer will hold tokens, Zhao asserts the incentives between users and the exchange will still remain well aligned. Binance will still be one of the largest holders of BNB, the difference is that any tokens the exchange owns will have been earned through it services or purchased from holders directly.

Changpeng Zhao remains committed to finding ways to increase the price and value of BNB, he asserted during the AMA. And, the markets agreed, with the token surging from $29.02 to $32.45—an 11.8 percent increase—three hours following the announcement.

Fees on Binance will remain low

Zhao also had other good news for token holders. Binance will continue its 25 percent fee discount for trading on Binance.com when using BNB to pay for trading fees. According to the company’s whitepaper, the discount was scheduled to go from 25 to 12.5 percent on July 14.

This is in line with the exchange’s past initiatives, with the coin already having 80 plus utility cases.

Progress on margin trading and futures

Binance also launched its margin trading platform on July 11, with over 10,000 people signing up to trade derivatives on the platform. So far, $15 million have been borrowed through the service, said Zhao.

Finally, Changpeng Zhao announced that the company will soon launch futures trading, similar to the popular Bitcoin XBT/USD contracts offered on BitMEX. This would enable users to effectively short BTC, and likely with leverage using the recently launched margin features.

Arthur Hayes of BitMEX and Brian Armstrong of Coinbase should be worried as Binance continues its march to dominate the multi-billion dollar cryptocurrency exchange industry.