Leading cryptocurrency exchange Binance has recently announced the impending launch of a tailored blockchain as the first step in the development of a decentralized exchange, or DEX. 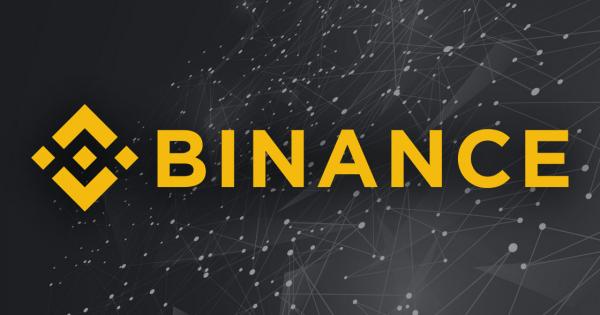 Leading cryptocurrency exchange Binance has recently announced the impending launch of a tailored blockchain as the first step in the development of a decentralized exchange, or DEX.

Based in Hong Kong, Binance is currently the number one exchange in the world and boasts over $1.5 billion in daily volume.

The exchange announced the official launch of development of the “Binance Chain” solution on Tuesday, stating that the new public blockchain will focus on “the transfer and trading of blockchain assets, as well as provide new possibilities for the future flow of blockchain assets.”

The announcement comes in hot pursuit of a series of successful deployments by the highly popular exchange platform over the last six months, including the deployment of the Binance Labs blockchain incubator and the Binance Info codex.

As regulatory pressure increases on the blockchain ecosystem with the US SEC issuing a warning highlighting the legal issues presented by cryptocurrency exchanges, Binance’s move toward a decentralized environment is an aggressive move that will likely cement their position as a leading exchange platform.

Decentralized exchanges are an alternative to the current cryptocurrency market paradigm in which traders are obligated to entrust their capital with a third party platform in order to trade. While cryptocurrencies themselves are decentralized, almost all exchange solutions present in the current blockchain ecosystem are centralized, which makes them vulnerable to hacking attacks.

A decentralized exchange, or DEX, doesn’t require users to hand over control over their cryptocurrency — instead, a DEX functions as a trading platform that allows users to trade directly with each other via a peer to peer mechanism. The biggest advantage offered by decentralized exchanges is the “trustless” functionality they offer, removing the threat presented by centralization.

There are a number of decentralized exchanges currently active, such as EtherDelta — an Ethereum blockchain based platform that allows users to trade ERC20 tokens. Current DEX iterations suffer from low liquidity, however, and are not widely accessible to novice traders.

The biggest issue faced by decentralized exchanges is blockchain interoperability.

Currently, DEXs can only be used to trade assets on a single common blockchain, such as the Ethereum blockchain used by EtherDelta. While the potential for cross-chain atomic swaps creates the possibility of a blockchain-agnostic decentralized exchange, such a solution is not available at this point in time.

The Binance Vision for Exchange Decentralization

In their announcement post, the Binance team appear to envision a hybrid exchange ecosystem that is comprised of both centralized and decentralized elements:

“After extensively researching decentralized exchange frameworks and analyzing existing implementations, we believe significant improvements can be made in providing Binance users with a level of trading experience to which they are already accustomed. Centralized and Decentralized exchanges will co-exist in the near future, complementing each other, while also having interdependence.”

In order to facilitate the creation of the Binance DEX, Binance is developing their own blockchain, called Binance Chain. According to the announcement, Binance Chain will “focus on performance, ease-of-use, and liquidity”. The existent Binance Coin (BNB) token will be upgraded to a unique utility token on its own mainnet.

As the current Binance platform supports more than 280 different crypto tokens, however, it’s safe to assume that the Binance DEX will certainly facilitate cross-chain trading.