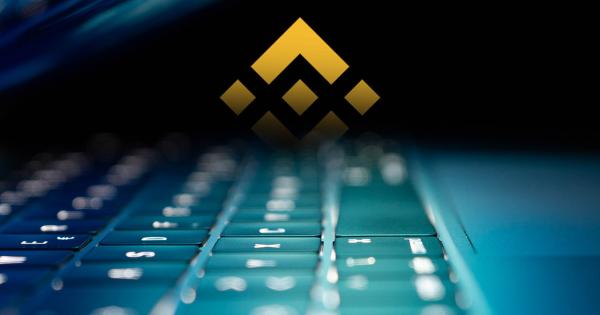 Binance made a strategic investment in crypto-data website Mars Finance. This is the first time the dominant exchange invested in a Chinese company since Beijing banned cryptocurrency trading in 2017.

Growing crypto news outlet gets a boost from Binance

Crypto exchange giant Binance has been on a roll in the past couple of months. The company announced and then launched its own futures trading platform and is set to launch a U.S.-only company in the fall.

The Malta-based exchange then announced it had made a strategic investment in a Chinese news outlet Mars Finance. According to a report from Bloomberg, Binance joined a funding round that valued Mars Finance at around $200 million. Binance’s investment amount was not disclosed in its press release nor in the Bloomberg report.

This is the first time the exchange giant invested in a Chinese company since 2017 when Beijing outlawed crypto trading in the country.

“We have large respect for data, news and research firms which support the positive growth of the blockchain industry,” Changpeng Zhao, the CEO of Binance, said in the release. “We will continue to pursue strategic investment opportunities in our mission to bring crypto further mainstream, increase adoption and accessibility, and help the industry grow sustainably.”

Despite being just a year old, Mars Finance has already attracted an impressive list of backers. The news outlet has already completed two funding rounds with the support of backers such as IDG Capital. Venture arms of two major Asian cryptocurrency exchanges OKCoin and Huobi also participated in the company’s previous funding rounds, Bloomberg reported.

With the support of three of the biggest crypto exchanges to come out of Asia, Mars Finance seems to have set a very ambitious goal. Apart from providing the region with crypto news, the company plans on offering other premium services such as market reports and crypto-asset management services.

Mars Finance also operates a venture capital fund called Consensus Labs, which brought many to believe the company was copying the business model of several U.S. based crypto media outlets.

The company’s press release said that it was the number one crypto news outlet in terms of search traffic. Wang Feng, the company’s founder, said that Mars Finance processes “nearly 10,000 pieces of information” generated by the blockchain industry daily. The website then curates the news by using algorithms and editorial recommendations.

By backing such a high-traffic news outlet, Binance will have a very efficient channel to reach its audience in Asia. Coupled with its expansion to the U.S. and the launch of a derivatives trading platform, Binance’s investment in Mars Finance shows the exchange is tightening its grip over the global crypto market.

A year after becoming top brass at the world’s largest cryptocurrency exchange by trading volume, Binance CFO Wei Zhou says his firm wants to “grow the pie bigger” and opening up an exchange in the United States just might be the best way to do it.