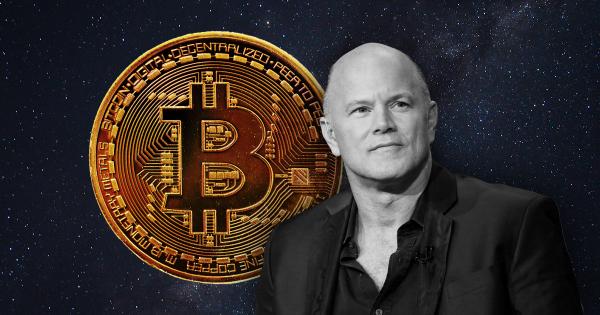 Marc Lasry, co-founder, and CEO of Avenue Capital Group shared two interesting facts in a recent interview with CNBC. First, Lasry said that 1% of his net worth was invested in Bitcoin and second, he believes the world’s top digital currency could reach $40,000 one day.

The billionaire investor revealed that although he first bought Bitcoin a few years ago, he purchased a lot more of the digital currency last year, around an average of $5000-$7500 per coin. Due to Bitcoin’s appreciating price, he estimated that Bitcoin now made up 1% of his net worth.

In the interview, he also predicted that Bitcoin could run up to $40,000 as it becomes more mainstream, easier to buy and more freely tradeable.

This process may happen sooner than later. On August 16th, 2018, the SEC will reveal their decision whether to accept, reject or postpone Cboe’s Bitcoin ETF proposal.

In February 2017, Spencer Bogart, the vice president of equity research at Needham & Co, predicted a 25% chance of an ETF approval. However, much has changed since then, such as the introduction of Bitcoin Futures and the SEC’s ruling that Bitcoin was a currency, not a security.

Although Lasry considered the role of other cryptocurrencies and the reasons to invest in them, his greatest stamp of approval was reserved for Bitcoin.

In addition to his role with Avenue Capital Group, Lasry is also co-owner of the professional basketball team, Milwaukee Bucks, an NBA franchise, and part of a growing circle of NBA owners who have publically supported Bitcoin and other cryptocurrencies.

The Golden State Warriors co-owner Chamath Palihapitiya first bought Bitcoin at $100. In February 2017, he predicted that the price of Bitcoin in three to four years would be around $100,000 and that “in the next twenty years, a million dollars a coin.”

Vivek Ranidive, the owner of the Sacramento Kings, has accepted Bitcoin for season tickets and merchandise since 2014. He is now using his stadium to mine Ethereum for charitable causes.

Even Mark Cuban, the owner of the Dallas Mavericks and the star of Shark Tank, changed his mind on cryptocurrencies and personally invested in Bitcoin, Ethereum, and a host of other blockchain projects.

With all the public support for Bitcoin and its fellow cryptocurrencies, it is plausible that the NBA soon might follow the MLB and launch their own crypto project as well.