As leading US exchanges bow out due to regulatory pressure, DEXs step into the breach Reuben Jackson · 3 years ago · 3 min read
News › U.S.› Exchanges 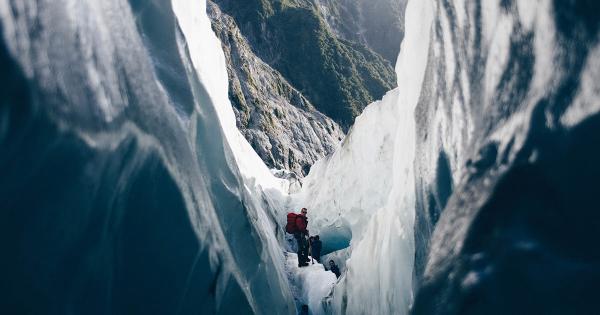 These are testing times for US crypto traders. Accessing the same services that their European counterparts take for granted has become an impossibly convoluted task. It’s also one that’s fraught with legal risk and the threat of sudden service withdrawal. And all for the dubious privilege of being able to trade a few harmless altcoins with one’s own funds.

The exodus of Poloniex, whose US operations are now winding down, is the latest in a long line of centralized exchanges (CEXs) to have bowed out citing regulatory pressure. Binance and Bittrex have also been forced to readjust their US strategy, whittling down the tokens available to American citizens, and prohibiting them from participating in token sales.

Every cloud has its silver lining, however, no matter how slender, and the sunsetting of US CEXs has provided an opportunity for DEXs to gain market share. These include conventional decentralized exchanges, such as John McAfee’s eponymous new platform, and decentralized token swapping protocols such as Bancor.

Centralized US Exchanges Head for the Exits

With Poloniex on its way out of North America and Bittrex a shadow of its former self, US residents aren’t left with many trading venues where they can freely operate. Coinbase is more of a broker than an exchange, Kraken is still Kraken: ideologically as true to Bitcoin as ever, but suffering from low liquidity and unable to innovate due to restrictive US legislation.

Binance.US has the trading volumes, but not the coins, since each asset it lists must be carefully vetted to ensure it’s not a security and is “sufficiently decentralized.”

US traders seeking exposure to the full gamut of crypto assets are now left with two options: fire up the VPN to access an overseas CEX and hope they don’t get caught, or investigate the world of DEXs instead. From a legal perspective, decentralized exchanges are bound by the same laws as their centralized counterparts in the US, unless, that is, the DEX is “sufficiently decentralized” so as to have no formal company structure.

In that case, if US citizens can access it, they can trade on it. This creates a significant opportunity for trading interfaces built around decentralized smart contract-based systems.

The most obvious candidates to fill this void are likely to be Uniswap and Bancor. The first and second largest Ethereum DEXs respectively, according to DeFi Pulse, the pair have cornered the decentralized trading game through a combination of improved UX and deeper liquidity.

Not centralized exchange deep, admittedly, but better than any other DEXs out there. US citizens need only connect an Ethereum browser wallet such as MetaMask to access Uniswap or Bancor, granting them exposure to ERC20 assets such as LINK, DAI, BAT, BNT, and LOOM.

Bancor and Uniswap aren’t the only Ethereum DEXs out there; in fact, there are numerous decentralized exchanges that offer a trading experience not too dissimilar to that of centralized platforms. These include Nash, which bridges Ethereum and Neo, Loopring’s Dolomite DEX, and Dex.blue.

Where these platforms differ from smart-contract based trading protocols is that they exist as a single online portal. Should the DEX be blocked in certain US states, as is often the case, access becomes virtually impossible. In contrast, because third parties can create their own implementations of Bancor and Uniswap, these protocols are simultaneously everywhere and nowhere. Like the mythical Hydra, lopping off one head will only summon two more to take its place.

The problems that have held decentralized exchanges back for years are finally starting to be solved. User experience is vastly improved, order matching is faster, and slippage is lower through plugging into multiple liquidity pools. And, thanks to the provision of ETH-based assets such as Wrapped Bitcoin (WBTC), traders are no longer limited to swapping unfancied ERC20 tokens belonging to moribund crypto projects.

It would be hopelessly optimistic to think that DEXs will simply soak up the US trading demand left by departing CEXs, and that business will go on as usual, but in a non-custodial fashion, beyond the reach of regulators. If nothing else, however, DEXs are capable of serving as exchanges of last resort: a lifeline for US traders to fall back on, providing surety of access to an array of crypto assets.

Nash is a fintech company using blockchain as infrastructure for the digital finance space. Learn More