Cardano is the first peer-blockchain powered by scientists. 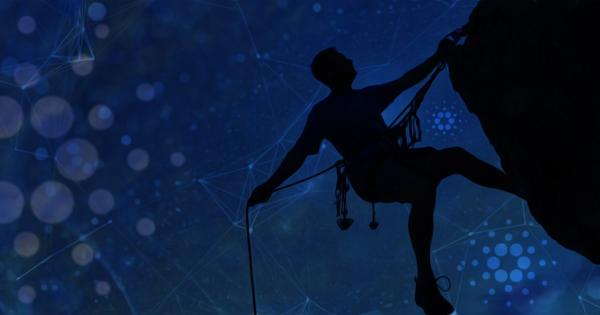 Cardano is the first peer-blockchain powered by scientists. The goal of Cardano is to roll the best of Bitcoin (store of value), Litecoin (cheap, fast p2p transactions), and Ethereum (smart contracts) into one coin. It is a coin that has been engineered by a global team of scientists and academics who have meticulously studied the blockchain space and what makes a coin successful.

Cardano has invented a new method of Proof of Stake (PoS) with a strong focus on cryptography. On top of a secure and fast blockchain, the organization employs a highly-skilled team of lawyers and regulators whose main goal is to integrate this coin in the financial world.

ADA is the Cardano coin and the representation of its “digital cash.” Cardano is pushing for ADA to become an easily accessible form of digital currency, with plans to release 25 ATM machines in Japan this year.

Daedalus is already featured as a fully functional exchange wallet for ADA. Daedalus plans to incorporate more coins in its wallet, but for now its principle player is ADA.

A Child of Three Entities

Cardano was established by one of the co-founders of Ethereum, Charles Hoskinson. As Hoskinson’s vision diverged from the Ethereum core, he partnered with the Cardano Foundation, whose function is to standardize, protect and promote Cardano Protocol technology.

Along with Jeremy Wood, Hoskinson then started IOHK – a company whose mission is to further engineering and technology’s uses of peer-to-peer innovations and review. IOHK has been contracted to build, design, and maintain Cardano until 2020.

The last entity participating in Cardano is Emurgo, a company that focuses on supporting, incubating, and developing the commercial ventures of their partners.

Cardano is the child of notable figures from three well-known organizations and projects in the blockchain – Emurgo, Ethereum and IOHK.

From a bird’s eye view, Cardano appears to be a finely-tuned machine with a well-thought out roadmap and development strategy. Cardano’s first main target audience has been Japan, with Japanese buyers accounting for 95% of the funders backing the ICO in 2015.

With any proof of work (PoW) algorithm, such as Bitcoin, it can be incredibly energy consuming when running at scale.  Proof of stake, the alternative consensus mechanism, is far less energy intensive, and Cardano has taken it a few steps even further. According to Cardano’s consensus documentation, this was the chief reason Cardano decided to choose this algorithm, stating:

The most important thing about picking proof of stake algorithm over proof of work — the one adopted by Bitcoin — is the energy consumption considerations. Running the Bitcoin protocol is a tremendously expensive endeavor. It is estimated that 3.8 American households can be powered for a day by the energy spent to generate one Bitcoin transaction.

The birth of Bitcoin has caused many people to reconsider the definition of “money.” Blockchain is giving us space to examine our notions of currency and how to define the best ways of conducting transactions.

Cardano has dedicated a significant effort on its website to elaborating the philosophy of currency, asking deep questions about why these blockchain-based protocols need to be created.

Unlike many academic treatises, the WhyCardano paper revisits the “why” and the “how” for topics such as motivation, sidechains, signatures, scalability, regulation, the Art of Iteration, and interoperability, as well as the larger question of what the ultimate goals are for cryptocurrencies, particularly with regard to its native currency – ADA.

Cardano has published a detailed roadmap on its website, where major product milestones are named after famous English poets. According to the roadmap, Cardano is currently exiting the Byron stage and will enter the Shelley stage in Q2 of 2018.

We can expect to see a number of things coming from Cardano and ADA in the Shelley stage, such as:

Clearly, the Cardano team is hard at work on developing the software that powers the network. With its strong academic background and its seamless user-interface, Cardano is a highly researched cryptocurrency.

The only downside appears to be that it is currently a relatively small community — for example, the Cardano Reddit community only has 10,000 subscribers, while the Ripple subreddit boasts over 50,000. Most open source projects build from the ground up with a big involvement from the community (Reddit, Bitcoin Talk, etc.), but the Cardano community has been pretty insular from the start.

This will, of course, be overcome with time and the continued development and execution of the software roadmap by the Cardano developers. For now, ADA is definitely a coin to keep on your radar and follow closely.

If you are interested in learning more about Cardano, check out this Ted Talk by Cardano’s visionary leader, Charles Hoskinson.