Ampleforth (AMPL) succeeding will be “unbelievably bullish” for Ethereum

One of the biggest trends in Ethereum and decentralized finance (DeFi) over the past few weeks has been Ampleforth. 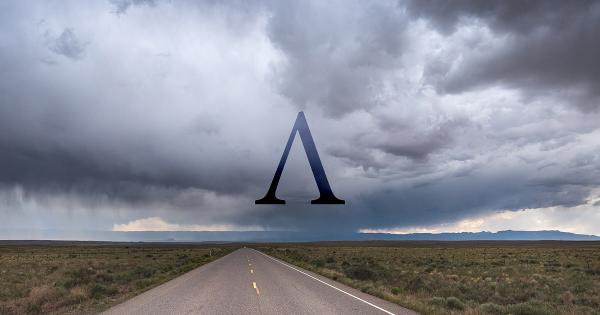 Photo by Raychel Sanner on Unsplash

One of the biggest trends in Ethereum and decentralized finance (DeFi) over the past few weeks has been Ampleforth. As CryptoSlate reported, the asset had surged over 5,000 percent in the span of a month, marking one of the biggest wealth-creation events in the industry over recent months.

With such a strong price performance, it has undoubtedly attracted attention from many corners of the crypto industry.

Ampleforth succeeding will do wonders for Ethereum, says a top investor

Ampleforth (AMPL/Amples) is an ETH-based stablecoin protocol that uses a reflexive rebasing system to try and stabilize the asset’s value around a dollar over time. Every day, at 7:00 p.m. (PST), those who hold AMPL see their holdings change either up or down as the protocol attempts to stabilize its price over the long run.

In theory, it could exist on its own blockchain that doesn’t require ETH to be paid for transactions. But right now, AMPL is on Ethereum.

Ryan Sean Adams, the founder of Mythos Capital, says that he is watching AMPL closely as it could act as a strong catalyst for Ethereum adoption as a platform for forms of money. In a tweet published Jul. 28, the investor shared:

“BCH, ZEC, XMR, BTC, ETH, DOGE, AMPL. Base monies. M0s all competing w/ each other. AMPL is the only one w/o its own chain. It settles on Ethereum. If the AmpleForth experiment is successful, we’ll see a rush of M0 monies competing on Ethereum.”

Base monies. M0s all competing w/ each other.

AMPL is the only one w/o its own chain. It settles on Ethereum.

If the AmpleForth experiment is successful, we'll see a rush of M0 monies competing on Ethereum.

This is unbelievably bullish ETH.

This makes sense: if Ethereum does become a platform for certain forms of money used by millions, demand for transactions on the network will explode, resulting in a respective spike in demand for ETH.

In this tweet, it’s important to note that Adams did not pass judgment on the Ampleforth project, which has been put under the spotlight as it has become one of the largest cryptocurrencies.

Unfortunately, the Ampleforth bubble has been popping over the past few days.

Although it’s too early to tell where the crypto asset is heading due to its extremely reflexive properties, the market capitalization of Amples is down over 60 percent in the past 72 hours.

Its price, too, has undergone a sharp reversal according to CryptoSlate data. As of this article’s writing, AMPL trades for $0.70 — 39 percent lower than the price seen 24 hours ago. This is a price below the rebasing limit, meaning AMPL holders will now lose coins every day.

Many on Twitter have been quick to call this occurrence the end of the “Ponzi,” with others adding how Ampleforth’s properties made this result inevitable.

Ampleforth, a legit ponzi, has a $1.3bn fully diluted cap.

I don’t know what glue you all are huffing to be in this thing but it’s clearly the next absolute wreckage story waiting to happen.

How this drop resolves, though, is not clear. And if this rapid drop is a sign that Ampleforth has failed as a concept is a contested subject matter.