The upgrade increased Algorand’s protocol performance from 1,200 transactions per second (tps) to 6,000 tps. 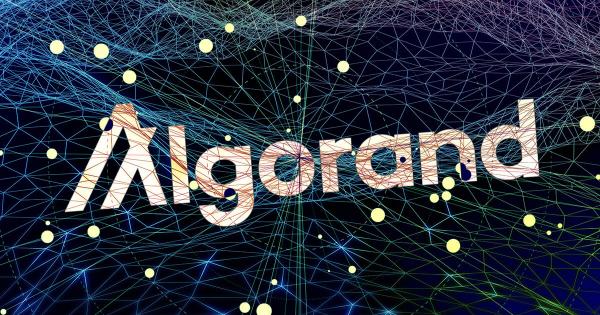 Proof of stake network Algorand (ALGO) has upgraded its network’s mainnet transaction capacity to 6,000 transactions per second (tps), according to a press release shared with CryptoSlate.

The upgrade places the Layer 1 protocol as one of the fastest in crypto. Compared to it, Bitcoin (BTC) processes five tps, Ethereum (ETH) only processes about ten tps, and this is unlikely to increase post-merge.

Previously, the network had a transaction capacity of 1,200 tps.

State Proof is a new technology in the market that will solve the reliance of blockchain networks on bridges and centralized validator networks. It would help to eliminate exploits and attacks that have become synonymous with bridges.

“Algorand proves once again that decentralization does not need to come at the cost of performance or security. Interoperability between blockchains is the future, and Algorand State Proofs are a critical security feature for communication between networks.”

Algorand has already established its status as a high-performance Layer-1 blockchain, and its verifiable carbon negative status further helps its course.

With zero downtime experienced since its launch, the network is fast becoming the protocol of choice for several organizations looking to enter the crypto and blockchain space.

World football governing organization FIFA made Algorand its official blockchain partner and recently announced that it will launch non-fungible tokens powered by the blockchain network.

“(Algorand is) unlocking the tools required for Web3 applications to fulfill their vast potential.”