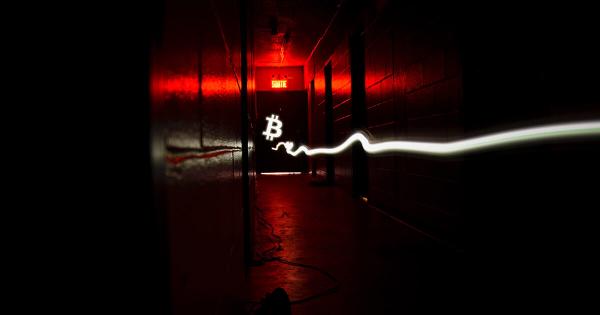 Photo by Ryan Oswick on Unsplash

Cryptocurrency exchanges and retail traders alike felt the effects of Bitcoin’s sudden fall in March 2020. While the latter may have lost significant capital on long positions, the drop has compelled exchanges to exist in an institution-less and low-volume environment.

On March 12, Bitcoin traders witnessed what was the largest single-day drop in over seven years, with the digital currency closing at $4,400 on March 13 after trading at $7,800 the day prior as per data on CryptoSlate.

Several exchanges went into involuntary “system overload” which prevented traders from closing positions and realizing millions of dollars in losses. Selling activity was driven by both trading bots and manual traders, but few exchanges had system capacity to accommodate requests.

BitMEX, one of the most popular and liquid exchanges, shut down for over 30 minutes and was widely-criticized on social forums. The exchange later cited two distributed-denial-of-service (DDoS) attacks as the reason for the outrage.

Crypto exchange Huobi revealed over 10,000 users were liquidated on their long positions overnight.

The event’s aftermath saw outflows of $700 million in Bitcoin from BitMEX, along with reduced volumes across rival cryptocurrency exchanges even as prices have corrected fully since. Without divulging specifics, Huobi and OKEx reported significant outflows but confirmed an average drop of 60 percent in trading volume to Bloomberg.

“It hurts the whole ecosystem. Some customers, when they got liquidated, they definitely need time. Others will not come back.”

At the time of writing, Bitcoin trades slightly above $7,700, seemingly making up for March’s losses if traders remained invested.

Huobi’s Sun revealed outflows were mainly initiated by institutional investors and funds, which held between 10,000 to 100,000 Bitcoin on average. However, retail traders, especially those owning less than a single BTC, continued to sign up for new accounts throughout April.

The drop followed a 300 point drop in the S&P 500 index, a popular investment vehicle that tracks the financial growth of the top-500 U.S. companies. The index is popularly considered a marker of the broader economy, with high prices indicating good economic health and vice-versa.

Traditional markets make use of “circuit breakers,” an automatic 15-minute pause in trading once asset prices fall below 7 percent. If prices continue to drop over 20 percent, trading is fully halted for the session.

Breakers ensure drastic drops, like those seen in cryptocurrency, are avoided, and traders are given time to reflect on the activity. But cryptocurrency proponents are not fully convinced of the idea.

Hello? Circuit breakers can only be used on a fully monopolistic exchange.

Free market doesn’t work that way. #btc is traded on many exchanges. https://t.co/cYSYP5exBY

The “free” market idea is provided as an explanation to not install trading halts. However, Huobi’s not buying that. On March 18, days after the infamous fall, the exchange introduced a protocol to prevent the rapid liquidation of long/short positions when volatility strikes.

On March 12, everything changed for the crypto markets.

The Bitcoin price has recovered from $3,600 to over $5,200, recording a 44 percent recovery within merely hours.