A year or two ago, most decentralized finance (DeFi) protocols and their respective tokens were unknown. 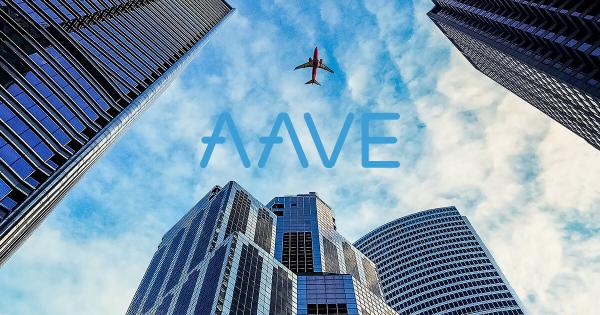 Photo by IRVING MARTINEZ on Unsplash

A year or two ago, most decentralized finance (DeFi) protocols and their respective tokens were unknown. Save for Maker (MKR), there were few crypto assets in the top 20 to 50 actually representing this revolution in finance.

But due to innovation, better education, a search for yields, and more, DeFi is becoming mainstream in the crypto market.

Aave’s LEND cemented this trend just the other day when it became the first asset tied to this space to reach $1 billion in valuation.

Just 12 months ago, many thought that Aave was a project on the decline, with its native LEND token trading around $0.01.

But, after a strong rebound in product with the rollout of Aave, LEND has surged. According to CryptoSlate data, LEND recently surmounted a market capitalization of $1 billion.

As Ryan Watkins of Messari noted, this makes LEND the “first DeFi asset to break into the club” of crypto assets with a market cap greater than $1 billion.

CryptoSlate market ranking data suggests that a number of other DeFi altcoins are close to surmounting the pivotal $1 billion milestone. These include OMG Network (DeFi focus, not DeFi exclusive), Maker, and Synthetix Network Token.

The strength in the price of the Ethereum-based asset has been attributed to Aave’s ability to find product-market fit, according to venture capitalists.

As reported by CryptoSlate previously, DTC Capital’s Spencer Noon remarked on the matter:

“One of the best signals of PMF in #DeFi is if a project can succeed w/o extra incentives (liquidity mining). @AaveAave doesn’t have LM yet it’s still one of the biggest beneficiaries of new yield farming activity. At $1.26B TVL and only $759M mcap—the fundamentals are so strong.”

This was echoed to a T by Kyle Samani of Multicoin Capital, who said that LEND would be the one DeFi token he would hold for the next two years if he was given a choice due to Aave’s combination of “product/market fit, token distribution, community, pace of innovation, and reasonable valuation with upside to go.”

With the rallying price and increasing support on Crypto Twitter, BitMEX chief executive Arthur Hayes, who adamantly calls Ethereum a “s**tcoin,” has said he has acquired a position in LEND.

Kelvin Koh, a partner at The Spartan Group and former partner at Goldman Sachs, commented that there will be other DeFi tokens that enter the top 25. Most coins in the top 25 have valuations in excess of $1 billion:

“A few weeks ago I suggested one of the DeFi tokens will get into the Top 25 on CMC before yearend. $LEND is the first to do this. I expect to see at least half a dozen more DeFi tokens achieve this feat before this cycle is over.”

A few weeks ago I suggested one of the DeFi tokens will get into the Top 25 on CMC before yearend.$LEND is the first to do this. I expect to see at least half a dozen more DeFi tokens achieve this feat before this cycle is over.