The Synthetix Network Token (SNX) has seen a parabolic price surge over the past month as the decentralized finance sector sees some explosive growth. 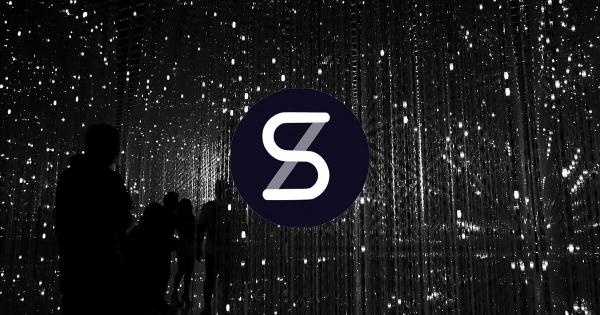 The Synthetix Network Token (SNX) has seen a parabolic price surge over the past month as the decentralized finance sector sees some explosive growth.

SNX’s rise is coming about as only an extremely limited quantity trade on exchanges, with its current demand far exceeding its circulating supply.

This has helped fuel its price rise but has also created what some analysts are calling a “sell-side liquidity crisis.” Put simply: no one is selling their SNX tokens.

This may come as the result of multiple positive fundamental developments on the horizon that could help guide SNX’s price higher.

In the time following June 1st, the price of the Synthetix Network Token has risen significantly, rallying from lows of $0.75 to highs of $2.90 that was set today.

This parabolic advance comes as the demand for the token far outweighs the circulating supply. As one user noted, three months ago Uniswap had over a million SNX, while there are now just over 60k remaining.

One pseudonymous analyst named Humboldt Capital explained that the token could be on the brink of seeing a “sell-side liquidity crisis” due to the present lack of selling pressure.

He notes that those holding the token are likely looking towards its upcoming roadmap – which includes futures, layer two trading, margin, and CEX listings – as factors that could help it climb higher in the near-term.

“SNX is about to have a sell-side liquidity crisis. I haven’t yet seen a community with holders this strong — no one is selling. Holders already know about the upcoming product roadmap — futures, layer 2 trading, margin — and everyone is expecting CEX listings.”

Synthetix, which was formerly known as Havven, is a network aimed at allowing for the creation of on-chain “synthetic” assets that mirror the value of other assets, like gold, fiat currencies, and more.

The project has seen notable growth in recent times, primarily due to its staking mechanism and the booming popularity of all tokens within the DeFi ecosystem.

Another popular crypto commentator pointed to four main drivers of value to the Synthetix Network Token.

The “Crypto Dog” told his nearly 200k followers that SNX staking, community growth, a promising roadmap, and buy-side demand all paint a positive picture for its outlook.

“Let me break this down into simple terms: – SNX holders take their SNX off exchange and stake – the SNX community has been growing, and people have been buying all of the available SNX – SNX has a lot of really cool stuff coming up – there will be more buyers than sellers.”

Unless the DeFi sector sees a downwards shift that causes investors to panic-sell their holdings, it is a possibility that the token associated with Synthetix will further near-term upside.

There are Ethereum scammers attempting to impersonate top DeFi projects