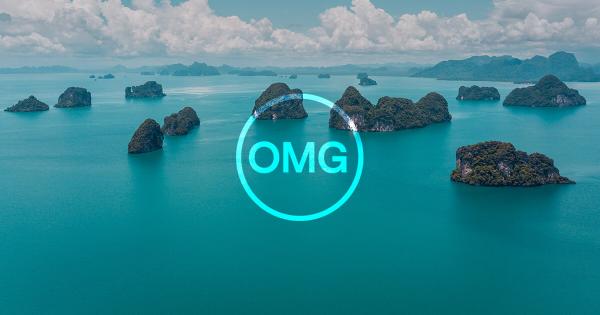 Photo by Andrzej Suwara on Unsplash

Late on June 1, Thailand’s high-flying OmiseGo rebranded to OMG Network. The project was one of 2017’s biggest ICOs, raising $25 million and going on to be valued at over a billion dollars in the successive months.

The project also rolled out the Plasma sidechain yesterday, promising scalability for developers and a faster network for transactions.

OMG Network touts its main focus as building a “shipping-ready network,” explaining the launch of Plasma builds further on the firm’s “main product,” the underlying network that powers applications running on its native blockchain and the OMG token.

New name, who this? We’re glad to introduce ourselves to you all over again as OMG Network (@omgnetworkhq) — a name we felt was only fitting, here are three reasons why: (a thread) pic.twitter.com/MB6qrtUeUC

On why the move from “Omise,” an official announcement notes the term refers to “shop” in Japanese, which is unsuited for a firm committed to running and developing a public blockchain network.

The parent firm’s enterprise payments application, the Omise Payments Gateway, remains active and different from the OMG Network’s efforts. The two firms are, put together, owned by SYNQA, which rebranded from Omise Holdings in April 2020.

OMG Network said its new logo and other design rebrands will be shipped to exchange providers and wallets soon.

At press time, OMG is valued at $0.70 per token. The project has seen better token values, reaching an all-time high of over $25 in early-2018 — and even breaking into the top-20 cryptocurrencies by market cap on CoinMarketCap.

Tether, which recently slipped into third-highest valued blockchain over XRP, said reduced confirmation times, low fees, and the ease of deposits were factors behind the issuance of USDT on the Plasma sidechain operated on the OMG network.

In an announcement, OMG Network stated it was delighted to partner with Bitfinex, Tether’s parent firm, addressing the scalability issues and spearheading the adoption of “open” financial services.

“By migrating USDt value transfers to the OMG Network we save costs, drive performance improvements, and relieve pressure on the root chain network. This is good for Bitfinex and our customers, and the whole Ethereum ecosystem.”

The blog cited Ethereum’s vulnerability to “severe network congestion” under heavy demand, adding the network’s transactions are capped at 12 per second. Gas fees increase “significantly” over this value, said Bitfinex.

With the integration, Tether is now issued on over seven blockchains, such as Ethereum, Omni, EOS, and Tron, among others.

USDC, a stablecoin developed by the Circle, is the second-largest USD-backed stablecoin on the market according to data from Skew.