Cardano has finally transitioned to Shelley, this allows a fully decentralized network that is running and secured by users staked funds. 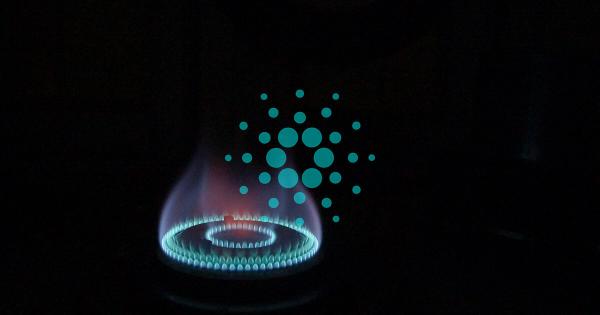 Photo by Ayesha Firdaus on Unsplash

Cardano has finally transitioned to Shelley, this allows a fully decentralized network that is running and secured by users staked funds. With the Shelley era of Cardano now well into its second epoch, it’s time users got to know the ins and outs of staking ADA.

After over five years of development, Cardano has finally become a proof-of-stake (PoS) blockchain. The arrival of Shelley, the blockchain’s staking phase, has brought about a new era both for the network and its users.

But, after much anticipation, the process of staking still remains unclear to many casual users. With the delegation space saturated with the more tech-savvy population, most tend to steer clear from a process that seems as technically daunting as staking does.

However, a combination of clever design and straightforward principles have made staking ADA on the Cardano network accessible and safe to everyone.

Here’s one way to do it using

Installing the Shelley version of Daedalus

Users that want to delegate their ADA holdings to a stake pool and take part in the consensus process on the Cardano network first need to have a Daedalus wallet installed.

It’s important to note that Daedalus is, as of press time, one of two cryptocurrency wallets that supports ADA staking. While various other wallets, including Yoroi, will enable staking in the following weeks. Staking will also be available on exchanges, but the guide will focus on explaining the delegation process for the Daedalus wallet only.

In order to be able to stake ADA, users need to download the Shelley version of Daedalus. After the wallet has been downloaded and synced with the blockchain, users might be required to transfer their funds from their Byron legacy wallets to the Shelley mainnet enabled wallet—this could require a small fee. The sync process could take some time, so users are encouraged to do this early to avoid missing the next snapshot for rewards on 8 August at 21:44 UTC. A snapshot is taken at the beginning of each epoch every five days.

Once all of the funds have been transferred to the Shelley mainnet version of Daedalus, users can begin the delegation process for staking.

The delegation center on the Daedalus wallet will provide users with a list of their wallets—users can choose the wallet that holds the funds they want to delegate. The selected wallet must contain a minimum of 10 ADA for delegation to be an option.

It’s important to note that it’s possible to create multiple wallet addresses within Daedalus and delegate ADA to different stake pools at the same time.

After selecting the wallet that holds the funds they want to be delegated, users will have to choose a stake pool. A drop-down menu will list around two dozen available stake pools, but users can also search for the name of a pool they’d like to delegate to.

Pool operators have no control over who joins their pool and never have access to any of the funds staked in their pool. None of the ADA staked by users ever leaves their wallet and isn’t locked or controlled in any way. Since the ADA user stakes aren’t locked, spending the ADA from the wallet will remove it from the staking pool it’s delegated to at the same time.

An epoch is a five-day period in which new blocks are created on the Cardano blockchain. New blocks are created through slots, each one occurring every 20 seconds. While being familiar with technicalities like this isn’t required for staking, knowing about epochs can enable users to better understand how to maximize their returns on staking.

When it comes to choosing the stake pool they want to delegate their funds to, users have two options—choose a pool with less stake that has a higher risk but offers higher rewards or choose a more saturated pool that is more stable but offers lower rewards. It is, however, important to note that stake pools with a low amount of ADA staked to it have a lower likelihood of being selected as a slot leader.

Staking ADA isn’t free, though. As stake pool operators have a long list of operational costs and are generally for-profit businesses, they retain some of the staking rewards for themselves when their pool is chosen as a slot leader. These fees can vary greatly and range anywhere from <1 percent to 100 percent, however, the majority of pools are charging less than 10 percent. While lower stake pool fees might sound enticing to users, IOHK noted that high fees don’t necessarily mean lower rewards paid out to users. Rewards will also depend on pledge and performance.

Each stake pool has the option to pledge their own ADA to their pool. Pledged ADA earns an additional 30% in rewards which is shared with all the delegators to the pool.  This effect is reduced as more delegators join and the additional rewards are shared with a larger pool of delegators.

After three full epochs have passed since a user joined a particular stake pool, the first staking rewards will begin appearing in the Daedalus wallet. As of press time, Daedalus allows users to export a summary of their rewards as a CSV file.

Redelegating staked ADA is a pretty straightforward process, too. Users can do this from the delegation center of their Daedalus wallets, where there will be a “redelegate” button next to every wallet. Choosing the redelegate option will initiate the same process as delegating to a stake pool for the first time. However, users need to note that this process will only be live at the beginning of the next epoch to update staking preferences and another two epochs before rewards begin to payout.

Removing ADA from a stake pool requires users to send the funds from their staking wallet to a fresh wallet address. The process, however, is as simple and safe as any other normal transaction on the blockchain.

With inputs from Cardano Guru, who runs the ADA staking pool with ticker: GURU. 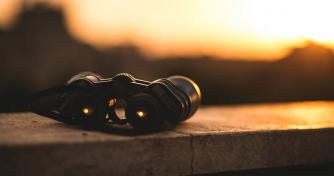 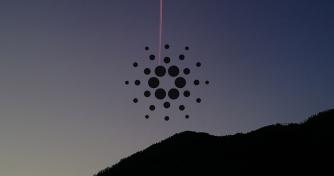 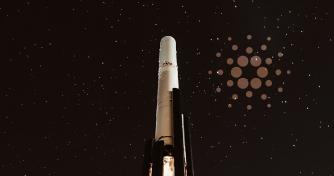