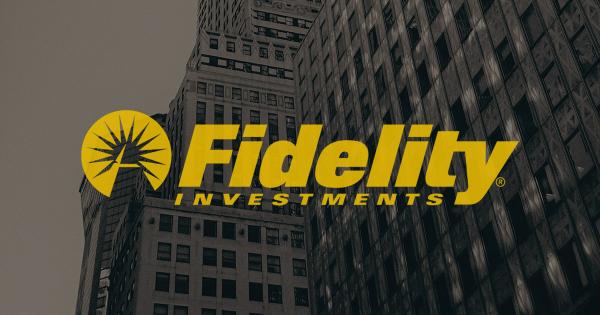 These reports and surveys cover what role Bitcoin has on Wall Street, which has historically shied away from this esoteric technology.

A recent report published earlier this year, for instance, for that a majority of American and European institutional investors it surveyed find at least something interesting about digital assets. The report also revealed that a double-digit percentage of institutions already own Bitcoin and Ethereum in some capacity.

On Oct. 13, the company released its latest cryptocurrency report, highlighting “Bitcoin’s role as an alternative investment and portfolio optimization tool.” This piece was a part of a larger group of documents by Fidelity that is trying to give Wall Street investors a thesis of owning Bitcoin.

Fidelity found that unlike what recent trends would suggest, Bitcoin has been extremely uncorrelated on a rolling 30-day basis with other markets like U.S. stocks, high-yielding bonds, REITs, gold, and emerging metric.

As to whether or not these trends will continue, they found that the short-term correlations we see between gold and Bitcoin and stocks and Bitcoin “break down over longer time horizons.”

Not to mention, Bitcoin is a “retail-driven phenomenon,” which is vastly different from the trends that drive almost all other major markets. The retail base of investors that BTC has, which preach investment strategies like “HODLing,” may allow BTC to continue to deviate from other markets.

In our most recent survey, 60% of the investors who believe digital assets belong in a portfolio said they should be considered alongside other alternatives

In our new report, we explore bitcoin’s role as an alternative investment and portfolio optimization tool ?? https://t.co/SyC8CbgOLV

On top of all this, the $2 trillion asset manager found that hypothetical traditional portfolios with one to three percent in Bitcoin actually had improved returns and Sharpe Ratios than those without BTC. This is a fact that has been known for many years, but such a notable company throwing its weight behind this idea adds credibility to it.

“Bitcoin’s fundamentals are relatively shielded from the economic impact of the COVID-19 pandemic… Bitcoin is also unique in that it continues to be influenced by retail investor sentiment and can capitalize on the shift in the way retail investors interact with traditional markets and consume financial information as well as the transfer of wealth to the millennial generation over the next 10 years.”

The points mentioned in this report are reminiscent of those mentioned by fintech giant Square when it revealed last week that it had purchased $50 million worth of Bitcoin for hedging purposes. The purchase absorbed one percent of assets on Square’s balance sheet.

More reasons than ever to own Bitcoin

The report highlights that there is a trend of an increasing number of fundamental reasons to own Bitcoin, especially by institutional actors that need to hedge downside and reach certain return targets.

As reported by CryptoSlate previously, fund manager Andrew Kang explained that with Bitcoin volatility dropping, yields falling in other markets, inflation coming, amongst other trends, BTC is making increasing sense to own by Wall Street.

The backdrop for institutions to adopt Bitcoin has never been better