The fourth upgrade to the Tezos network went live earlier today at block 1,212,417, as per a tweet by its foundation and code maintainer. 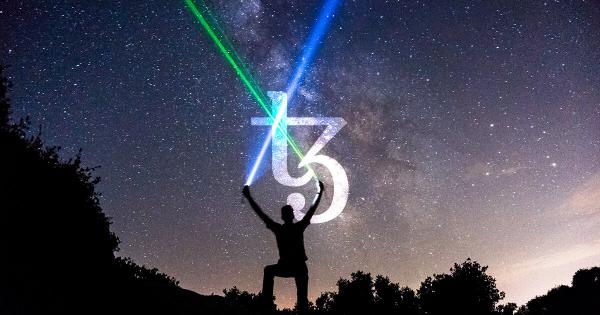 Photo by Tobias Cornille on Unsplash

The fourth upgrade to the Tezos network went live earlier today at block 1,212,417, as per a tweet by its foundation and code maintainer.

The Tezos blockchain was first announced in 2017 and was one of the biggest initial coin offerings at the time. Its mainnet has been active since mid-2018 and has not faced my issues (both security or technical) in this period.

One of the more significant crowd pullers of Tezos’ is its on-chain governance model, which allows holders of the native XTZ token to propose network upgrades and features, vote on existing proposals, and improve the overall functionality of the protocol.

Such a system was similarly deployed prior to the latest Tezos upgrade. Termed “Delphi,” it improves the number of transactions per second (tps) that the network can handle while reducing network costs and reducing storage costs by a factor of 4. These changes help position it better than Ethereum for developers looking to build decentralized applications (dApps) atop an existing blockchain.

As part of Delphi, the network’s blocks will now include thrice the number of transactions for transfers from one Tezos wallet to another. FA2 tokens, which are deployed on Tezos, will similarly see 4x faster speeds for transfers.

Smart contracts on Tezos will also function up to ten times faster for any “internal” calls, making for an overall faster network. Meanwhile, additional benefits of the upgrade will also allow more complex and larger smart contracts to be deployed on Tezos.

The upgrades come at a time when blockchains like Binance, Tron, and Neo provide better networks (in terms of speed and scalability) for developers building DeFi products and dApps. Needless to say, the market may just see more Tezos-built DeFi projects soon.