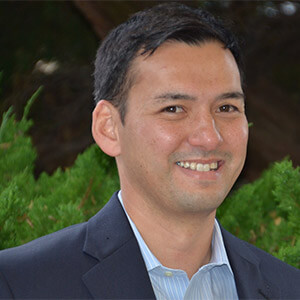 Taking advantage of blockchain solutions, WorkCoin is a decentralized freelancer marketplace that aims to be fully transparent and frictionless. Fred Krueger, CEO and founder, shared his outlook on the global impact of WorkCoin and the shifting cryptocurrency landscape.

This article was co-written by Jonathan Kim and interview conducted by Pat Larsen of ZenLedger.io.

Based in Los Angeles, WorkCoin aims to transform the global job market through a decentralized, trustless peer-to-peer network for freelancers. With a focus on consumer experience, WorkCoin is built on the EOS mainnet to provide users with frictionless payments, fast transactions and streamlined workflow.

In an interview with CryptoSlate, Krueger described his emphasis on launching a consumer-friendly decentralized application (dApp):

“I think human engineering of user interface engineering is making stuff really easy, like what Apple did for the world. We need to do that now for blockchain. If we do that, and we make it really easy, there’s no fundamental reason why you have to wait to pay gas. Nobody’s going to do that. Then I think we have a chance of going totally mainstream.”

WorkCoin is built on the EOS network to take full advantage of high transaction speeds and network throughput. Krueger believes these factors are necessary for a consumer-level dApp to be successful.

“I’m confident that we’re going to have something like the app store phenomena with EOS. You’re going to see this really high-level EOS ecosystem where the apps all feel great, fun and playful. It’s all fast, doing something and using this permanent blockchain to make every app better. … I believe with EOS, the difference between a second and three minutes is not even 100 times, it’s 10,000 times. I think most people think that when you say three minutes, it’s like watching paint dry. You can’t do it.”

Relating mobile app stores to the early stages of blockchain, Krueger explained that the industry’s focus on complicated distributed ledger technology (DLT) protocols and use-cases has diverted attention away from the consumer experience.

Krueger further affirms that blockchain’s first “killer app” will be simple and easy-to-use:

“We are using apps like Facebook, which have been refined so much that for every millisecond it’s shaving off, things are exactly where our brains want them to be. Then you go to the crypto world and it’s like you’re in the dark ages. I think 2019 is going to be the year where it’s going to be absolutely shocking how much it grows. My prediction is that we’re going to hit a billion people by the end of 2019. … That’s the future. It doesn’t require a PhD to understand what it’s all about. The value propositions have to be completely useful to a consumer.”

To make payments more seamless, WorkCoin plans to utilize an EOS-built stablecoin for value exchange. When asked if he thinks WorkCoin workers would prefer a stablecoin payment, Krueger replied:

“Absolutely. That’s why we’re working. … I have a group on Facebook about stablecoins and I’m trying to tell all of the stablecoin vendors to build on EOS. Initially I thought I was going to have to do it myself, but I’m happy that the guys who are doing work related to stablecoins are seeing value in the EOS ecosystem.”

Despite its current market downtrend, Krueger remains optimistic about the prospects of blockchain as a global force for disrupting multiple industries. While public awareness and adoption continue to take rise, Krueger believes the industry is still in its early stages–struggling to find a balance between the user interface and complex solutions.

When asked if he sees a trend with emerging blockchain projects led by senior executives from traditionally established backgrounds, Krueger responded:

“It’s getting more institutional. I think there’s a feeling that we may be in phase two of this now, where they start bringing in the big teams. I think a lot of those efforts are still misguided. For example, if you say, ‘Hey, I’m working on a dApp,’ people will say, ‘Oh, that’s nice. That’s great.’ If you say, ‘I’m working on back-end protocol with no user interface whatsoever and Ted Stanford, PhD is in.’ You’ll get a lot of money. To me, that really is reminiscent of what people said back in 2005.”

The WorkCoin web platform is currently live and available for employers and freelancers. Using smart contracts, WorkCoin users can hire, manage and pay through a simple, streamlined process.

For more information on WorkCoin, you can visit their website here.

ZenLedger enables you to import transactions, calculate gains and income, and see your potential taxes as you go through the year.