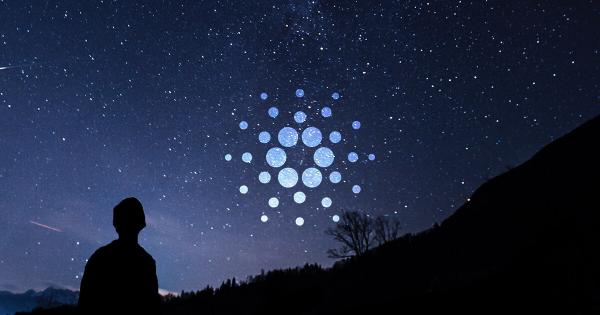 Charles Hoskinson, the CEO of IOHK, took to YouTube to provide a detailed explanation of how the launch of the Shelley era of Cardano will go down, diving deep into the two years of work and the million lines of code that will bring about the blockchain’s staking era.

Shelley will launch in phases, first beginning with a closed-off testnet which will then be expanded to all users, followed by a hybrid phase to allow users to upgrade from the Byron code. Once all users have upgraded, the mainnet will launch and a truly decentralized staking network will be created.

Shelley is a product of two years of intensive research

With the staking era of the Cardano blockchain almost here, Charles Hoskinson took to YouTube to lay down the basics of how the launch Shelley is going to go down. The CEO of IOHK and one of the co-founders of Ethereum noted that launching Shelley has been much more complicated than a hard fork or a crypto launch due to the specific nature of the Cardano blockchain.

Namely, as the blockchain will now go from a static federated to a dynamic decentralized model, Shelley needs to create a strong foundation for other eras of Cardano to be launched on. While IOHK has been working diligently on Cardano for five years, intensive work on Shelley began in 2017, when the Byron era was released. According to Hoskinson, 24 months have been spent on figuring out how to transition Cardano from a Byron design to a Shelley design.

Byron, he explained, runs in a federated mode, which means that a collection of core consensus nodes are responsible for making blocks and essentially running the network. These core nodes have been operated by IOHK, the Cardano Foundation, and Emurgo since the launch of Byron. As time went by, more users were able to participate in the network by installing the Daedalus wallet, as it contained a full Cardano node and contained the full history of the blockchain and the ability to validate it.

The handful of nodes on Byron were able to communicate with each other, send transactions to each other, put them into blocks, and then validate the nodes. Technically, Hoskinson said, this system could be run indefinitely as it was inherently a very efficient one.

However, the pursuit of complete decentralization Cardano is built on mandates the creation of an operational staking network, which is what Shelley is set to bring.

How Shelley will come to be

In order to bring about Shelley, a lot of research needed to be done. IOHK decided the best way to get a feel for the market and see whether or not Shelley was actually possible was to create the Incentivized Testnet (ITN), which would allow them to see if anyone would actually want to run Cardano.

Once enough people participated in the network, valuable data could be gathered in order to determine how Shelley will roll out. The role of the ITN was to get data on parameters such as how much (ADA) was staked, how many stake pools were created, and the quality of the network.

The ITN, which has been running since the end of last year, has been an overwhelming success. With 12 billion ADA staked, representing just over 40 percent of its total circulating supply, and more than 1,000 stake pools created there was absolutely no doubt—there is a lot of interest in Cardano.

With a deep understanding of the Byron era and the huge success of the ITN, concrete steps for transitioning into Shelley could be made.

First, all of the users of the ITN were onboarded to the Byron reboot, which contained all the bridge code necessary to start the process of upgrading to Shelley, most notably the Ouroboros Byzantine Fault Tolerance protocol (OBFT). The OBFT, which is a staking protocol for the Cardano blockchain, will be followed by a Shelley upgrade phase, and end in a Shelley hybrid phase.

When it comes to the concrete steps for launching Shelley, Hoskinson said that the Byron OBFT will be launched sometime next week for main Daedalus clients and will run in parallel with the Shelley Haskell testnet.

The Haskell testnet will, at first, only be available to a select group of stake pool operators which will participate in what Hoskinson called the “internal alpha test” of Shelley. After that, a node command line for the Shelley testnet will be released and the remaining operators and other users will be able to participate. Hoskinson stressed the importance of the internal alpha test, saying it will allow IOHK to educate a select group of operators that can go on to inform other network users on how to work with Shelley.

Once everyone is on board, a balance check will be performed—it will make sure that the ITN rewards and the mainnet balances are consolidated and show what Cardano will look like once Shelley is turned on. Exchanges will be given a full listing experience once the balance check is done, as all of the libraries for Cardano will become integrated and widely available. The balance check will also mark the end of the ITN, as the testnet will be shut off and no rewards will be given for participating. However, in theory, the ITN could still continue to run as it’s almost fully decentralized, but stake pool operators won’t be able to collect rewards for producing blocks.

While there is a lot to take in, all of these steps only represent the beginning of the Shelley upgrade phase.

The upgrade phase will see all of the core consensus nodes be replaced with the Shelley clients. The upgrade window, however, will only run for a few weeks to speed the process up. In order to fully shut down Byron, a hard fork will be initiated that will prevent more byron blocks from being made.

Shutting down Byron will bring about the Shelley hybrid phase, which will have two different ways of making blocks—one will be by all the registered stake pools, and the other by the federation comprising IOHK, Emurgo, and the Cardano Foundation.

The decrease would speed up if the network managed to achieve certain milestones, such as the amount of ADA staked or the total number of stake pools, but the entire process is expected to last up to two months. There are, after all, tens of thousands of nodes and wallets that need to be upgraded and the entire endeavor is incredibly technically complicated at the Cardano end of things.

Shelley will make everything else that comes after it much easier

While Shelley will take a lot of time to fully launch, it will make all of Cardano’s following eras much easier to implement. Hoskinson explained that an upgrade to Goguen will only require a simple upgrade to the ledger rules, while introducing multi-asset support is all that needs to be done in order to enable issuing assets on the blockchain.

Another reason why future upgrades will be much smoother is the fact that all of the upcoming eras—Goguen, Basho, and Voltaire—have all been developing alongside Shelley. Further announcements on the upcoming developments regarding all of these eras will be made soon, Hoskinson said.

Implementing Shelley took so long because everything else in both the Cardano Foundation and Emurgo needed to follow. That’s why a new and improved Cardano.org website will go live in the following weeks, and feature a slew of documents, tutorials, guides, videos, and other presentational material on Cardano.

Notoriously refusing to give out concrete dates, Hoskinson said that a launch date might be revealed during a product workshop at the end of April. Aparna Jue, the product director at IOHK, will hold the workshop and reveal other tentative dates regarding Shelley and its launch phases.

It took IOHK one million lines of code to bring Shelley closer to reality, Hoskinson said, and the fact that they decided to take a slow and steady approach to Cardano will only make the end product more reliable and functional.

Charles Hoskinson, the CEO of IOHK, addressed the development status of Cardano in an Easter video update, saying that the ongoing Byron reboot has been successful and bug-free.

IOHK’s product managers have said that the Shelley Incentivized Testnet (ITN) has been a huge success, with over 1000 stake pools created and 38 percent of the ada (ADA) supply delegated.