Why the Winklevoss Stablecoin is More Crucial Than a Bitcoin ETF Joseph Young · 4 years ago · 2 min read
This article is more than 2 years old...
News › Bitcoin › Stablecoins

On September 10, the Winklevoss twins and United States-based regulated crypto exchange Gemini released a stablecoin that could impact the market in a more profound way than a Bitcoin exchange-traded fund (ETF). 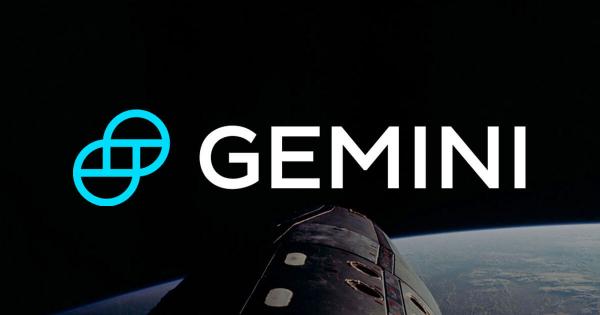 On Sept. 10, the Winklevoss twins and U.S.-based regulated crypto exchange Gemini released a stablecoin that could impact the market in a more profound way than a Bitcoin exchange-traded fund (ETF).

“The Gemini dollar (ticker symbol: GUSD) combines the creditworthiness and price stability of the U.S. dollar with blockchain technology and the oversight of U.S. regulators, namely, the New York State Department of Financial Services (NYDFS).”

Why a Legitimate Stablecoin Is Important

For many months, ever since the launch of Tether (USDT) in 2017, the legitimacy of stablecoins in the global market has triggered a highly controversial debate.

Many investors in the crypto market have openly expressed their dissatisfaction with Tether, despite its audit result that demonstrated its holdings of over $2 billion in a Puerto Rican bank account.

Most of the criticisms toward Tether stemmed from its opaque operation and the possibility that the company behind the stablecoin, Tether LLC, could have undisclosed liabilities that may potentially affect its actual holdings.

These arguments remain unbacked, but it’s not possible to prove these arguments have no merit due to the history of Tether and lack of approval or licensing from a major government.

Winklevoss emphasized that the Gemini dollar has a clear licensed issuer in Gemini, strictly pegged to the U.S. dollar, built on the Ethereum protocol as an ERC20 token and audited by independent accounting firms.

“To date, there has been no trusted and regulated digital representation of the U.S. dollar that moves in an open, decentralized manner like cryptocurrencies. Enter the Gemini dollar—a stable value coin (often called a ‘stablecoin’) that is (i) issued by Gemini, a New York trust company, (ii) strictly pegged 1:1 to the U.S. dollar and (iii) built on the Ethereum network according to the ERC20 standard for tokens. Further, the smart contracts underlying the Gemini dollar token have been fully audited and formally verified by an independent security firm.”

More to that, it can be argued that crypto custodian solutions provided by companies like Coinbase, and soon by banks such as Citigroup and Goldman Sachs, have started to serve institutional investors. The launch of a Bitcoin ETF is not as urgent as the release of a trusted, fully audited stablecoin that could bring more stability to the cryptocurrency market.

The existence of GUSD directly refutes the dismissal of the market based on an assumption that Tether is not legitimate, as the market will no longer depend on one dominant stablecoin.

ShapeShift CEO Erik Voorhees said that the launch of GUSD will lead to the integration of global finance with crypto finance, which is essential for the long-term growth of the market.

People will poo poo this, but it's a big deal and an important step. Global finance is becoming further integrated with crypto finance. All that crypto needs in order to win is for this to continue. https://t.co/WKVsHKEqpR

Previously, several Western Carolina University professors wrote that the volatility in the crypto market creates a more favorable ecosystem for institutions compared to individuals. Wide adoption of GUSD as a stablecoin, however, would allow individuals, and particularly merchants, to rely on a decentralized financial network without volatility, which will contribute to merchant adoption of cryptocurrencies.

The cryptocurrency market, in its current state, is not stable enough to support many institutions and large-scale investors. However, efforts from companies like Coinbase and Gemini to institutionalize and improve the infrastructure of the market will create a regulated channel for institutions to enter and stabilize it, which will be beneficial for both institutions and individual users.