The Biden administration could soon pass an executive order–escalating crypto regulation into a matter of national security. 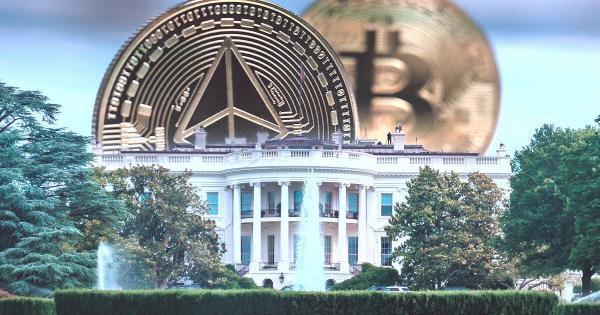 Under the leadership of US President Joe Biden, the White House is likely to release an executive order–assigning federal agencies to approach the cryptocurrency sector as a matter of national security.

According to the source familiar with the White House’s plan, the national security memorandum is expected to be released in the next few weeks, Barron’s reported.

The memorandum would task government bodies to analyze the crypto space and design a regulatory framework for all its sectors–from Bitcoin, to stablecoins and NFTs.

“This is designed to look holistically at digital assets and develop a set of policies that give coherency to what the government is trying to do in this space,”

Rumors about the executive order being in preparation for February release were spurred at the end of last week.

Last Friday, Bloomberg reported White House is gearing up to “place itself at the center of US crypto policy”–citing anonymous sources familiar with the matter. The report revealed that senior administration officials are in the late stage of drafting the executive order.

The document reportedly “details economic, regulatory and national security challenges posed by cryptocurrencies”–calling for reports from government agencies by the second half of the year.

Various studies performed by federal agencies–including everyone “from the State Department to the Commerce Department” would help tailor a comprehensive regulatory strategy.

Tasked to investigate all aspects of the industry, the agencies’ reports are expected to assess possible systemic impacts of crypto, analyze its illicit use cases, but also weigh and protect the country’s competitive role in the space.

The US government’s increased focus on crypto regulation comes paired with exploring the possibility of CBDC issuance, as the Federal Reserve recently issued a preliminary report on the matter–opening a public feedback period through May.

However, the US is not alone in the matter, with countries like India and Russia also currently mulling ways to regulate the crypto sector and adopt tax laws.