The potential digital dollar is the embodiment of everything the crypto industry fears. 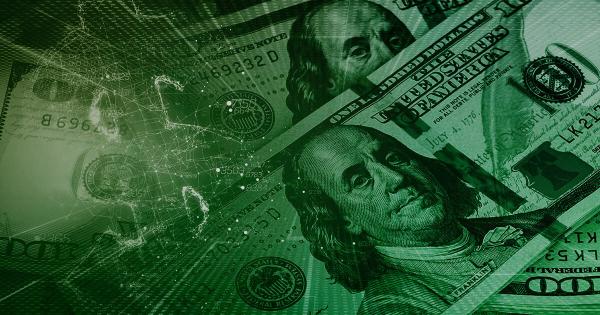 The U.S. Federal Reserve has taken its first step towards issuing a central bank digital currency (CBDC). And while a digital dollar is still years away even if the Fed decides to move forward with the idea, the prospect of an American CBDC should worry the crypto industry.

In its new report, titled “Money and Payments: The U.S. Dollar in the Age of Digital Transformation,” the Fed outlined the problems a CBDC would face and mechanisms it could employ to solve them.

The report states that the introduction of a CBDC would represent a significant innovation in American money, but remains cautious about the potential problems it might bring upon the country’s monetary system.

It presents a CBDC as a way to achieve financial inclusion, expand access to digital payment services, reduce transaction fees, and speed up remittances and cross-border transactions.

However, diving deeper into the report reveals that these benefits would come at a cost few seem willing to pay.

Federal Reserve policymakers and staff have been studying CBDCs for several years, but it wasn’t until 2020 that they became more vocal about the possibility of a digital dollar. China’s massive statewide effort to test and implement the digital yuan has certainly sped up the Fed’s research into CBDCs, but it isn’t the only factor that has brought us closer to a digital dollar.

The increase in cryptocurrency adoption, both globally and in the U.S., is also a major factor that contributed to more aggressive research into CBDCs. In its report, the Fed notes that cryptocurrencies “have not been widely adopted as a means of payment” in the U.S. While this statement is true, what the report fails to realize is the scope of crypto adoption as a hedge against fiat currencies.

However, the President’s Working Group on Financial Markets (PWG) recognized the adoption stablecoins have seen in the country. In a joint report with the Federal Deposit Insurance Corporation (FDIC) and the Office of the Comptroller of the Currency (OCC), the PWG noted that stablecoins had the potential to disrupt the current payment system and lead to a concentration of economic power.

A lack of regulation in the space and the difficulty of implementing such regulation is what pushed the Fed to research the potential of CBDCs.

If a U.S. CBDC was created, it would have to be privacy-protected, intermediated, widely transferable, and identity-verified, the report said.

However, the term “privacy-protected” seems to bear little weight with the Federal Reserve, which noted that a CBDC would need to “strike an appropriate balance” between privacy and transparency to deter criminal activity.

An intermediated and identity-verified digital dollar would require the Fed to significantly expand its role in the financial system and the overall U.S. economy. To avoid this, the Fed would employ the private sector to facilitate the management of CBDC holdings and payments, as well as verification.

However, the report fails to recognize any of these issues. Instead, it notes that a CBDC would drastically change the structure of the U.S. financial system, decreasing the dominance of private banks and increasing the possibility of bank runs.

“The ability to quickly convert other forms of money—including deposits at commercial banks—into CBDC could make runs on financial firms more likely or more severe. Traditional measures such as prudential supervision, government deposit insurance, and access to central bank liquidity may be insufficient to stave off large outflows of commercial bank deposits into CBDC in the event of financial panic.”

The report also notes that a CBDC could affect interest rate control by altering the supply of reserves in the banking system. Given the fact that the Fed noted that banks currently rely on deposits to fund the majority of their loans, a CBDC could prove to be a significant burden on borrowers.

The Fed’s solution to this problem is a very scary one.

Essentially a hard cap on the amount of money its citizens can hold, this design choice brings the Fed’s proposed CBDC further away from financial innovation and closer to a dystopian tool for control.

One of the more significant benefits of a CBDC, according to the Fed, is that it would grant governments the ability to directly collect taxes from citizens. This functionality would also enable it to make benefit payments to citizens, which it touts as a significant improvement to the current payment model.

The Fed will only take steps toward developing a CBDC if further research shows that the potential benefits outweigh the downside risks. To that end, the Fed welcomed the public to comment on questions regarding the functionalities and policy considerations of a CBDC, which can be submitted using this form.

Despite the report noting that a CBDC couldn’t be issued without support from both the executive branch and Congress, a digital dollar still remains a possibility.