What is Proof of Work? Marco Streng · 3 years ago · 3 min read
This article is more than 2 years old...
News › Contributor › Bitcoin › Technology 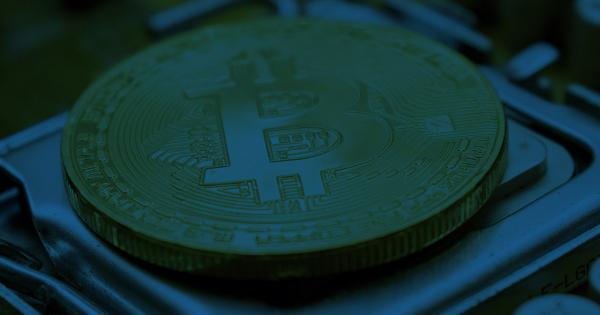 This is the central idea behind “proof of work,” the consensus mechanism that powers Bitcoin and a number of other assorted cryptocurrencies. Crypto miners around the world run computer systems that process transactions on these decentralized networks, performing complicated cryptographic math in pursuit of a so-called “blockhash” to do so.

If you’re already feeling lost, don’t worry — this is technical stuff, and you’re not alone if it’s going over your head. That’s why we’re going to explain what you need to know about proof of work.

Let’s start with where it came from and what it’s all about, then we’ll get into how it works.

Proof of work traces its roots to the early internet, and it blended with digital money concepts in 1999.

Though it was initially called “pricing via processing,” this idea was first dreamed up by computer scientists Cynthia Dwork and Moni Naor in 1993. They described a system for preventing denial of service attacks and email spam on the newly modern internet. Their idea was later dubbed “proof of work” (or “PoW”) in a paper by security researchers Markus Jakobsson and Ari Juels.

Proof of work hinges on using computers to find answers to problems that are extremely difficult to solve, but easy to confirm a correct answer. This predictably remained a highly niche topic for academics, but a computer scientist named Hal Finney smelled potential. He gets credit for bringing proof of work to digital money in 1999 — it was called the reusable proof of work token, and it’s one of the earliest precursors we have to modern cryptocurrency.

Bitcoin took proof of work into the big time — it was a practical way to defend the system.

The anonymous developer (or team of developers) known as Satoshi Nakamoto unleashed Bitcoin in 2009, and it had proof of work baked into its core. Bitcoin is a radical software that underpins a new post-state economy. It can transmit value without concern for national borders, so the incentive to gain control of the system is quite large. Nakamoto knew Bitcoin needed a robust security mechanism to hold the whole thing together and protect the network from abuse.

You might have heard crypto enthusiasts talk about “the 51% attack.” This term refers to someone amassing sufficient computing power to control more than half of the entire Bitcoin network. It’s a scary-sounding proposition, but it’s actually not that bad. These attackers could cause trouble by reversing transactions, but these “double-spend attacks” would be detected immediately. The community could solve the problem immediately by switching to a new mining algorithm that rendered current mining hardware useless. It would only take one or two successful double-spend attacks to render the attacker’s hardware worthless — it’s probably not worth it.

Proof of work solves the problem in which a lot of internet voting is not only free, but easy to do fraudulently. By making every vote cost some amount of work (and being able to prove that work happened), then fraudulent voting becomes very expensive. The attacker would incur far more costs than any reward waiting on the other side. It’s just not worth the effort.

This consensus mechanism has kept Bitcoin steady for ten years so far, and there’s no reason to suspect it will stop working.

So how does it actually work?

Cryptocurrencies like Bitcoin are blockchain systems maintained by a decentralized network of nodes, which is merely software that perpetuates the system. Some of these nodes are miners, and their job is to add new blocks to the blockchain. Miners on the same network compete against each other to solve complex computational puzzles. As mentioned, these puzzles are difficult to solve, but the correct answer is easy to verify.

Miners guess a pseudorandom number that’s often quite large (the technical term is “nonce”), and when that number is combined with the data in a block and passed through a cryptographic hash function, the answer (called a “blockhash”) must satisfy given conditions. It might have to begin with a certain four-digit number, for example.

When a suitable answer is found, the other nodes on the network validate it and the miner is rewarded for generating the correct blockhash. When a miner finds the correct solution, they broadcast it to the network, and everyone else verifies that they do indeed have the solution. This means it’s impossible to add new blocks to the main chain without finding a valid nonce that generates a blockhash.

The blockhash is like a receipt that represents work performed by the miner. That’s where the “proof of work” name comes from.

There are other consensus mechanisms out there for other currencies, but proof of work is something like the original gangster of them all. It is not without negative critique, but it works well enough to keep an emergent digital economy safe, secure, and operational around the world. 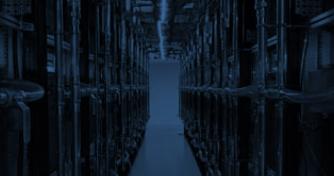