The last several days in Malta have been bustling with activity as the Malta Blockchain Summit took place last week. 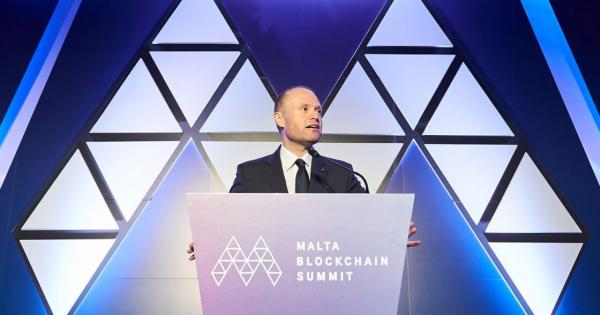 Photo by Reuben Farrugia on Unsplash

The last several days in Malta have been bustling with activity as the Malta Blockchain Summit took place last week. The event had over 400 companies exhibiting their innovative ideas, services, and digital solutions with thousands of people in attendance.

No Shortage of Attendees

The first day of the Malta Blockchain Summit saw thousands of people attending the event where long queues were witnessed heading to registration desks to the main conference and the Expo areas. Records show that over 8500 people registered for the event and the guests included notable crypto-personalities such as John McAfee and the Winklevoss twins among many others, making it one of the largest blockchain conferences ever.

We are delighted to have welcomed 8,500 delegates to Blockchain Island for the #MaltaBlockchainSummit. Thank you all for joining us!

Preregistration for 2019 is now open. pic.twitter.com/vu5LBjtsJc

The Prime Minister of Malta Joseph Muscat was a keynote speaker during the Regulatory Conference and reminded the audience that the island is indeed an AI innovation hub. He also emphasized the great opportunities that the Distributed Ledger Technology (DLT) brings to the island which he fondly referred to as “the island of opportunity.” About the future of AI and what that implies to the society, Muscat stated:

“We should do things the right way, using clear and sensible parameters.”

As it became clear during the first quarter of 2018, Malta has been trailing the blaze in matters blockchain to earn itself the title “Blockchain Island” in the social media especially following the relocation of the world’s leading cryptocurrency exchanges Binance and OKEx.

The conference organizers were expecting 4000 delegates, 100 speakers and over 150 sponsors and exhibitors. The summit has been a momentous and innovative opportunity for global influencers in blockchain and AI to debate the potential of the technology and forge new connections. The meeting gave a chance to showcase its central role in establishing itself as a jurisdiction for blockchain application developers and cryptocurrency exchanges.

The summit comprised four conferences covering the areas of government and regulation, marketing and affiliation, Fintech and tokenomics and cryptocurrencies, and blockchain for developers. The presence of self-proclaimed cryptocurrency evangelist, business leader, and activist John McAfee added to the tinkle of the conference where he gave a keynote address during the opening of the Marketing and Investment Conference.

“For the first time in human history, we have the key to unlocking the door to full control over what we deserve, where we live through the mind and the heart – connected together.”

"One asks why are you investing in #blockchain #technology if you know its going to wipe you out. Well, its because they know the current system is unstable and will take them out anyway because it is basically a debt Ponzi." #MaltaBlockchainSummit pic.twitter.com/ElrT35TCl4

The over 8500 delegates who attended the conference included global influencers, investors and renowned speakers. In the line-up was also Sophia the Robot, the famous AI breakthrough who portrayed AI as the latest technology and concept looming on the horizon.

“I wish to thank everyone who attended the Malta Blockchain Summit for the overwhelming feedback! This week the Blockchain community accepted me and my team as part of the family. I look forward to contributing and help drive this technology forward by doing what I love the most – events!”

Eman Pulis has started up the SiGMA expo in 2014, and the show has grown into one of the world’s largest dedicated iGaming events. Learn More