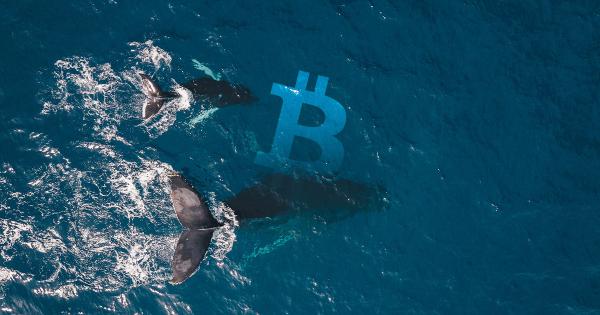 Photo by guille pozzi on Unsplash

The investor sentiment surrounding Bitcoin has been completely altered by the price action seen throughout the past few days.

Since the start of May, the benchmark digital asset had been caught within a consolidation phase between $9,000 and $10,000 for an extended period. This range eventually narrowed to between $9,100 and $9,300.

Last week, however, bulls were able to shatter this range, catalyzing a movement that would eventually lead BTC as high as $11,400.

Despite recent uptrends being met with heavy selling pressure from so-called Bitcoin “whales,” this latest uptrend differs from those seen previously.

On-chain data reveals that these large investors aren’t selling their crypto just yet, which may be an indicator that this rally has further room to extend.

Since the capitulatory selloff in mid-March, the balance of Bitcoin on exchanges has been sliding lower.

This trend indicates that investors are moving their cryptocurrency off of exchanges and into cold storage – a sign of them adopting a long-term investment strategy.

Many analysts have been pointing to this as one of the many bullish fundamental factors underpinning Bitcoin, and the crypto’s price is finally starting to reflect this underlying strength.

According to data from Arcane Research, a total of 278,395 Bitcoin moved off of exchanges between March 15th – a few days after the BTC meltdown – and July 27th.

The research firm also notes that the balance of BTC within exchange wallets is now sitting at its lowest point since May of 2019 – which was right before the parabolic rally seen in late-June.

“The number of bitcoin deposits at major exchanges has dropped significantly since April and is currently at its lowest since May 2019.”

Retail investors aren’t the only ones who are continuing to hold their Bitcoin in cold storage despite the ongoing price surge.

Data from Santiment reveals a similar trend, also showing that whales have yet to start offloading their BTC holdings.

Cole Garner, a well-respected analyst, spoke about this data, explaining that he expects the crypto to continue pushing higher until this fragment of BTC’s investor base begins selling.

“Bitcoin supply on exchanges hasn’t budged. Whales aren’t taking profit. Not yet. Basic knowledge like this is an edge over much of the market. In the land of the blind, the one eyed man is king. We go higher.”

The strength of this latest push higher is likely why large investors aren’t selling yet, but a decline beneath the crucial support that has been established at $10,500 could spark heightened selling pressure.

After a prolonged period of sideways trading, Bitcoin’s volatility is starting to return to normal levels, with the cryptocurrency now venturing towards the top of its macro trading range.