Wall Street veteran Michael Novogratz held over 30,000 Bitcoin and 500,000 Ethereum at one point

Ever wondered how much cryptocurrency Wall Street veteran Mike Novogratz owns (or at least owned)? In a recent podcast, he recently answered this question and also revealed his thoughts about the Bitcoin and broader crypto market. 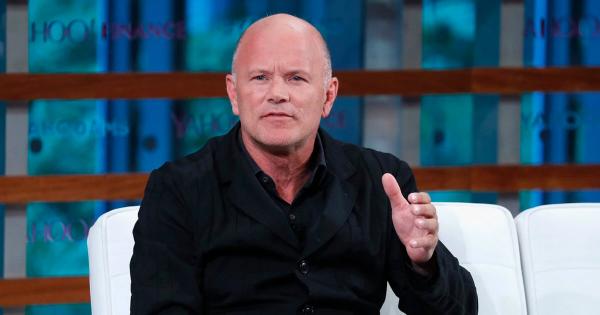 Ever wondered how much cryptocurrency Wall Street veteran Mike Novogratz owns (or at least owned)?

In a recent podcast, he recently answered this question and also revealed his thoughts about the Bitcoin and broader crypto market.

How much Bitcoin and Ethereum did Mike Novogratz buy?

Mike Novogratz became one of the earliest Wall Street supporters of Bitcoin and Ethereum in 2013 and 2014. The former Goldman Sachs partner and ex-fund manager at Fortress recently sat down with Nugget’s News, a long-standing crypto and finance Youtube channel, to talk about his origin story.

During the hour-long interview, Novogratz disclosed his personal cryptocurrency holdings, or at least what they once were.

Alongside investors like Dan Morehead of Pantera Capital, Novogratz purchased around 30,001 BTC, now valued at $480 million, when the coin was trading around $100. He said he sold most coins on the way up, though still holds some to this day.

Speaking about Ethereum, he said that he bought the cryptocurrency from the project’s founder, Vitalik Buterin. In an over-the-counter transaction, Novogratz purchased 500,000 ETH from Buterin at $0.99 each. Novogratz joked that Buterin increased the price on him by one cent per coin because he was too slow to buy.

While that 500,000 ETH would have been worth $230 million now and $725 million at ETH’s all-time high, the Wall Street investor admitted that he sold many on the way up.

Novogratz specifically called back to one time he gave a speech when ETH was at $80 and told the crowd that they shouldn’t see a trending asset, then proceeded to sell the coin a day later at $130.

He did not disclose how much Bitcoin and Ethereum he owns today but has stated on numerous occasions that he has at least 25 percent of his net worth in liquid cryptocurrencies. As the CEO of Galaxy Digital, a crypto merchant bank, he also has exposure to the space through equity and career risk.

A sizeable portion of the podcast was dedicated to the news that Wall Street investor Stanley Druckenmiller had bought Bitcoin.

A friend of Druckenmiller, Novogratz said that he thinks his peer’s endorsement of Bitcoin is likely one of the biggest stories of this space in a long-time. The investor branded Druckenmiller likely the best investor of the past five decades, commenting on his 30-year track record of no losses for his investors.

Novogratz made similar comments when another billionaire investor, Paul Tudor Jones, made a similar endorsement in May.