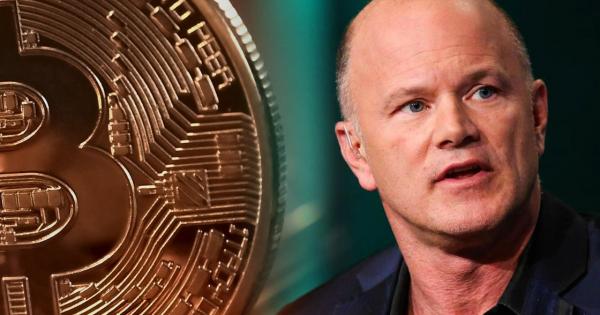 The former manager of Fortress Investment Group’s multi-billion-dollar macro fund and an ex-Goldman Sachs partner, Novogratz in recent years has become something of a regular feature as one of Wall Street’s loudest authorities on Bitcoin since, in September 2017, correctly predicting the coin would surpass $10,000. But, not all his price predictions have fared as well.

For one, judging by the performance of Galaxy Digital in 2018, Novogratz’s widely reported September 2018 call for a bottom at $6,200 seemed to backfire, dramatically.

According to a financial disclosure made by the Canada-based crypto fund, Galaxy Digital lost $272.7 million in 2018—$101.4 million of that from selling cryptocurrencies at a loss, and $75.5 million lost on paper by holding crypto investments in the red.

The firm’s stock (ticker: GLXY) closed the year down 65 percent from its all-time-high of CAD$2.98, having lost 55 percent of its value in November alone.

The significant losses Novogratz’s firm endured last year would appear to have been nursed by the recent performance of Bitcoin, however, with the fund reporting a net income of $13 million in Q1 2019, and GLXY having stabilized around CAD$2 per share. More generous profits will lie ahead for Galaxy Digital if Novogratz’s longer-term predictions on Bitcoin are accurate.

One thing that Libra did—when you saw Mastercard, and Visa, and PayPal, and Uber, all sign up—it credentialized crypto. And so every institutional player is looking how do they get their foothold in. And as those guys move in, first to Bitcoin, and then to broader crypto, you know that’s what drives this next price move.