The Bankruptcy court has approved $1.6 million as employee bonuses. Creditors committee will work with Voyager to cut cost by $46 million. 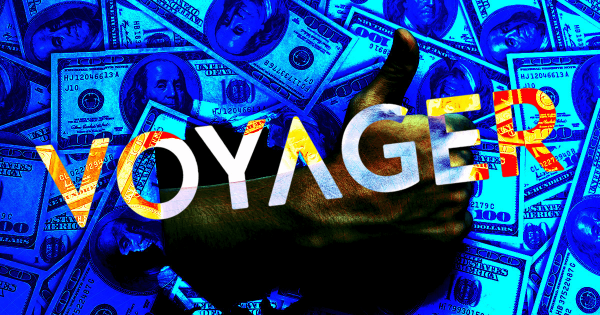 Voyager Digital has received the approval to commit  $1.6 million as bonuses for employees who are crucial to its restructuring process.

A U.S. Bankruptcy Court approved the request on Aug 24, after Voyager and its creditors agreed to a workable term, which included trimming the retention bonus from$1.9 million to $1.6 million.

The unsecured creditors of Voyager had on Aug. 19 motioned the U.S. court against approving the “Key Employee Retention Plan” (KERP) request. It claimed that allocating limited funds to pay investors was more important than issuing bonuses to employees.

In a twist of event, the creditors have resolved their objection to Voyager’s appeal. It was agreed that the KERP amount will be pegged at 22.5% of the employee’s annual salary, amounting to a budget of $1.6 million. The bonus will be paid incrementally, with 55.6% paid immediately and the remaining 44.4% paid 12 months later.

The parties also agreed to work together to implement an operational cost-cutting measure by Sept. 22, which will save the company approximately $4.6 million.

The U.S. Trustee was overruled

The United States Trustee, in an Aug. 19 filing, objected to the KERP request on the grounds that the said employees may include “insiders” and a lack of evidence from Voyager to justify the proposed bonuses.

Voyager, however, stated that none of the beneficiaries were appointed nor had any managerial control of the company.

The Bankruptcy Court, for a lack of evidence from the U.S. Trustee, overruled its objection and granted the KERP motion.

38 employees to receive the bonus payment

The struggling crypto lender, Voyager filed for bankruptcy on July 5, 2022. Since then, the company has been working with a handful of employees to resolve the liquidity crisis.

In an Aug 2 filing, Voyager applied for a “Key Employee Retention Plan” (KERP) of up to $1.9 million. Voyager said the amount will be paid as bonuses to 38 employees actively working to resolve its restructuring issues.

Voyager claimed that the employees are  “exceptionally hard to replace in the marketplace because of their invaluable institutional knowledge and understanding of the cryptocurrency industry.”

Further details about the employees were withheld by the court, as Voyager CEO Steven Ehrlich claimed that it involved non-public, personal, and sensitive information.