Renowned venture capitalist Fred Wilson has said that crypto could go down even more in the short-term. 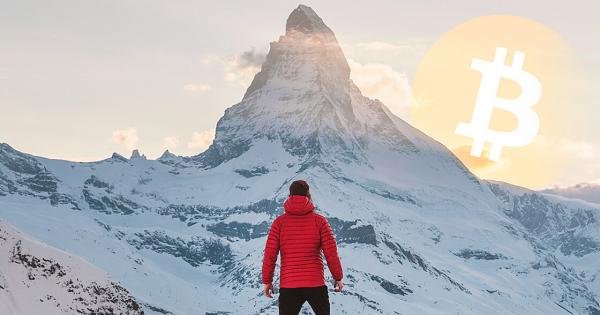 Renowned venture capitalist Fred Wilson has said that crypto could go down even more in the short-term. But, investors that remain in the market will likely be rewarded, as was the case in the Dot Com era.

“So while crypto asset prices are down 80-95% in USD terms over the last year, they could and probably will go lower. Amazon was down 80% a year into the post-bubble bear market and it got cut in half again before it made a bottom almost two years after it peaked. What we have yet to see in crypto land is when they kick you when you are down. And that is certainly coming.”

Amazon, now the second largest technology conglomerate in the world behind Apple with a stock price of $1,500, was worth $6 less than 17 years ago. Investors that bought Amazon stocks in 2001 are up 250-fold. If you had invested $1,000 into Amazon at the time, that investment is now worth $250,000.

“Amazon peaked in the Internet bubble in late 1999 at around $90/share. Almost two years later, at the trough, you could briefly buy Amazon at $6/share. And then it took until late 2007 for Amazon to trade above the highs it reached in 1999.”

Like Amazon, the cryptocurrency sector has suffered several large corrections in the past and each one of the corrections averaged a drop of 85 percent. As an asset class at its infancy, cryptocurrencies will continue to experience bubble-burst-build-rally cycles in the years to come.

Wilson emphasized that similar to the case of technology stocks in the early 2000s, investors that remain in the cryptocurrency sector through long-lasting downtrends and bear markets will be rewarded in the long-term.

“I think some crypto asset (and possibly a number of crypto assets) will have a price chart like Amazon’s current one in 18 years. But we will have to do what Amazon did, hunker down and build value and survive, for quite a while to get there. And I think things will get worse before they get better,” said Wilson, adding that no paydays were awarded to investors in the technology space until 2010.”

“But those who stayed were rewarded, although it took a long time for that to happen. We didn’t see meaningful paydays in the Internet sector until the 2007-2008 period and the big paydays didn’t start coming until 2010 and beyond.”

In 2017, as individual investors fueled a strong rally for major cryptocurrencies, the global crypto market secured a valuation of over $800 billion. Since then, the cryptocurrency exchange market has seen a drastic change in its infrastructure with the entrance of Fidelity and conglomerate-backed exchanges.

In many areas including regulation, infrastructure, and liquidity, the cryptocurrency sector is in a much stronger position than it was in late 2017.

The latest cryptocurrency market crash was triggered by the movement of the market; when an asset class experiences a four-fold increase in value within a two-month period, it tends to correct. But, as Wilson said, it is important to objectively evaluate the state of the market and the sector with tangible evidence.