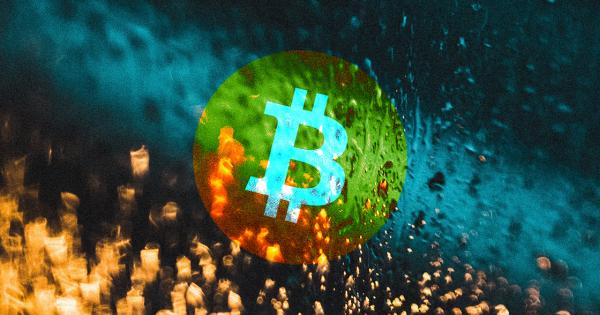 The VanEck-SolidX Bitcoin ETF was delayed another five weeks in an order issued by the Securities Exchange Commission. So far, the Commission is unconvinced that BTC is sufficiently resistant to price manipulation to allow listing on public exchanges, among other concerns.

The decision on the VanEck ETF is the latest in a string of delays from the SEC on approving any of the seven pending Bitcoin ETF proposals. Among the ETFs pending include proposals from Bitwise, Grayscale, Winklevoss, and VanEck.

VanEck first applied to list and trade its Bitcoin ETF in July of 2016 and has yet to receive definitive approval or rejection. Over the last six years, the SEC has either denied or delayed all requests to create a Bitcoin ETF.

The reasoning for the current delay is for the SEC to solicit comments from the public before making a decision. The application has currently gathered 25 comments and the delay comes just six days after the Bitwise Bitcoin ETF was delayed—for similar reasons.

“…the Commission is providing notice of the grounds for disapproval under consideration. The Commission is instituting proceedings to allow for additional analysis of the proposed rule change’s consistency with… of the Act [requiring registration of securities exchanges], which requires, among other things, that the rules of a national securities exchange be ‘designed to prevent fraudulent and manipulative acts and practices, to promote just and equitable principles of trade,’ and ‘to protect investors and the public interest,’”

The order expresses concerns over whether the ETF can meet federal guidelines for securities exchanges. Many of the concerns pertained to the liquidity, custody, and transparency of the ETF, along with its resistance to price manipulation.

Other key points included the sufficiency of VanEck’s surveillance sharing agreements with other exchanges, which combats price manipulation and money laundering by sharing relevant information on market trading activity and customer identities.

One major difference of the VanEck ETF is its use of OTC markets to calculate the price, unlike Bitwise and other ETFs which use spot prices public exchanges to determine the price. This was also another point of concern for the SEC.

The Commission is still gathering additional information from the ETF proposers and the public before making a ruling. At the earliest, the SEC will deliberate on the application when comments close on June 24.

This post was last updated on November 7th, 2019 at 02:54 amWhile the broader cryptocurrency community awaited the United States Securities and Exchange Commission’s (SEC) decision on Bitcoin Exchange Traded Funds (ETFs), the watchdog rejected all nine applications made by three different players in one sweeping move on August 22.

This post was last updated on December 7th, 2019 at 04:10 pmSeveral cryptocurrency investors and analysts believe the first Bitcoin exchange-traded fund (ETF) will not hit the US markets until 2019, regardless of the involvement of VanEck and Cboe.

This post was last updated on November 7th, 2019 at 02:54 amRetail investors have long awaited a Bitcoin ETF to draw in an influx of new institutional capital.