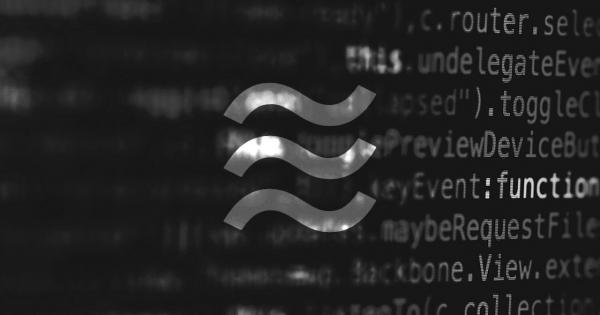 John deVadoss—development lead for NEO based in Seattle, former general manager at Microsoft, and a computer scientist with a focus in machine learning and neural networks—shared his insights from analyzing and testing Facebook’s Libra.

What is the intent behind Libra?

“Facebook is trying to build a global bank and is attempting to create a world currency. And it’s certainly doable, with usage across billions of individuals and the support of a large number of institutions. It’s an attempt to remake the global banking infrastructure.”

“Libra is an attempt to build a global (central) bank that piggy-backs on existing central banks’ monetary policy, with the goal of taking over and eventually deprecating them.”

What kind of impact could Libra have?

“A shift in monetary policy from public officials to private corporations has a huge impact on consumer rights and privacy. This raises serious questions around global exchange and trade.”

Is Libra decentralized? Is it a blockchain?

“I’d argue, it’s more Venmo-like. For example, Calibra, the wallet that holds the cryptographic keys for the users—Facebook can move assets around for users. For now, it’s a walled garden—it’s old school—and with the Libra Association Facebook can extend its reach beyond the walled garden.”

He continued by describing how Libra is not currently decentralized, nor would he consider it a blockchain:

“It’s not much of a decentralized platform. It’s more of a distributed database. You have this distributed infrastructure to transfer assets, as indicated by its ‘Move’ programming language. But decentralization may not be the intent. They want to control this end-to-end.”

In conclusion, deVadoss theorizes that Facebook may not have a desire or an intent to decentralize or to go beyond the financial scenarios:

“That is not their goal. This goal is not to build a platform, but to build a solution – one more Facebook app, or perhaps it is better to think of Libra as one more set of Facebook features.”

Will Libra help or hinder Bitcoin?

“Libra is clearly competition for stablecoins. Bitcoin isn’t so much threatened, but stablecoins will have to ask themselves hard questions.”

He goes on to describe how Libra may help not just Bitcoin, but the overall cryptocurrency ecosystem:

“Libra provides new options for on-ramping. You can think of scenarios, where for example, you sell your old bicycle on Facebook Marketplace—are you able to translate this to Libra directly? If so, this could accelerate mass adoption. This is good for Bitcoin and good for NEO.”

“You can argue that WeChat pioneered the combination of a social network and enormously scalable payment system. Facebook is openly mimicking WeChat. But, Facebook’s ambition is much, much bigger. The big question for Facebook is how they will convince regulators and other players to collaborate.”

However, it seems that Libra was built by borrowing many of the best features developed in the last 10-12 years in the cryptocurrency ecosystem, according to deVadoss.

“No new ideas were presented in the whitepaper. It’s all a rehash of the same cryptocurrency ideas we already know and love,” he continued.

He then suggested that Facebook borrowed and cherry-picked the following elements from these and other projects:

What about Libra surprised you?

“Lack of platform technical leadership. This was clearly catalyzed by business ambition. They should do more by giving back and contributing and pushing the envelope in leadership in this new space. They’re not.”

deVadoss continues by suggesting Libra was built by business people rather than the “geeks” of Facebook.

“Libra was architected and built by the suits and ties rather than the geeks. The business scenario has been thought through, they want to become the global banking infrastructure for the world, and they went across the [cryptocurrency] ecosystem to bring together the features to make it happen.”

Nonetheless, because of Facebook’s size and scale, Libra is still massive news for cryptocurrency.

“If someone else did this it would not be big news. It would be a copycat effort and one more stablecoin with a grandiose ambition. But because of who’s doing this, and what they’re capable of, this is certainly very big news.”

eToro Report: Libra is a ‘seismic moment’ for global finance

eToro, one of the leading social trading platforms, published its analysis of the Libra whitepaper, saying that it was a seismic moment for global finance.

One of the most concerning things to come from Facebook’s cryptocurrency reveal is the number of traditional finance players who are supporting it.