The IRS plans to interview family and friends, search through social media posts, and issue subpoenas to ensure people pay taxes on their Bitcoin, according to a presentation given to the IRS Criminal Investigation division. 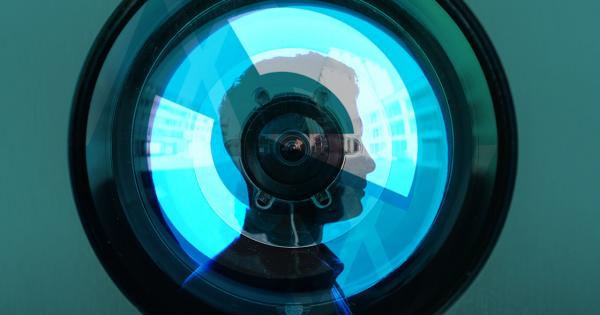 The IRS plans to interview family and friends, search through social media posts, and issue subpoenas to ensure people pay taxes on their Bitcoin, according to a presentation given to the IRS Criminal Investigation division. Top companies including Apple, Google, and Microsoft are also under the gamut of these investigations.

What’s alarming are the recommendations provided to IRS agents for obtaining information from taxpayers.

IRS special agents are advised to conduct interviews, perform open-source searches, and use electronic surveillance to determine whether a taxpayer transacts in or maintains a balance of Bitcoin, according to the document.

Peter Schiff, a gold bug and BTC critic, identifying his ownership of a Bitcoin address.

For more difficult to obtain information, the presentation suggests obtaining Grand Jury subpoenas for bank, credit card, and PayPal records. It goes. The document even recommends interviewing the taxpayer’s friends and family, frequented businesses, and even their bank teller.

“Such as those who know the financial habits of the Subject, including, but not limited to, bank tellers, family and friends of the Subject (if feasible), and establishments the subject frequents that may accept bitcoins.”

Some of the largest companies may be subject to these searches, including audits of applications that have the potential to transact in cryptocurrency.

There are also instructions for using block explorers to identify linked addresses and obtain the time and amounts of transactions.

“Once a Bitcoin Address is identified, it can be looked up on a Bitcoin Block Chain Explorer to find information such as value, transaction times, transaction locations, which may help in corroborating information, identifying additional addresses, or assist in locating the subject.”

People not paying taxes on crypto?

Selling crypto for cash, paying for goods and services, trading one crypto for another, mining, and being paid or receiving an airdrop are all taxable events. However, the data suggests people aren’t paying taxes on their cryptocurrency.

Part of the reason for these more extreme methods for obtaining evidence may have to do with the low rate of taxpayers filing taxes on Bitcoin-related gains and losses and cryptocurrency’s inherently more anonymous nature.

For the 2015 tax year, the IRS data shows that only a mere 802 people filed cryptocurrency gains or losses on their tax filings. In a report from the Treasury Inspector General for Tax Administration in September 2016, the IRS announced concern over “massive” underreporting of income from cryptocurrency.

Yet, the IRS has not had any major enforcement actions to date. The few actions that have been conducted have been related to cryptocurrency exchanges.

The IRS went as far as to issue a “John Doe” summons to Coinbase, one of the largest cryptocurrency exchanges, requesting the release of transactions from 2013 to 2015. On November 28, 2017, the Federal District Court for the Northern District of California entered an order requiring Coinbase to provide the IRS with data on many of its clients who engaged in transactions exceeding $20,000; Coinbase added the tax reporting of capital gains and losses to this information.

When the IRS begins enforcement

The IRS-CI has over 3,100 employees and 2,200 special agents who investigate and assist in the prosecution of criminal tax, money, and Bank Secrecy Act related to crime cases. For those who have a criminal case brought against them, the conviction rate is 92 percent.

Although the IRS has thus far had few enforcement actions, it is a matter of time before the agency begins clamping down on tax evasion and other crimes facilitated by cryptocurrency. Presentations like the one above demonstrate the agency is becoming more sophisticated, and as tools improve the privacy offered by pseudo-anonymous currencies like Bitcoin will diminish.

As such, privacy will become increasingly important for those concerned about government intrusion.

Privacy is more important than ever, especially as more blockchain forensic and electronic surveillance methods are developed. As such, maintaining good online hygiene is critical to maintaining financial anonymity.

All Bitcoin transactions are public, traceable, and permanently stored on the Bitcoin blockchain. Although these addresses are created privately by each user’s wallet, once they are used they are tainted by the history of all transactions they are involved with.

Anyone can see the balance and all transactions of any address. Since users often have to reveal their identity to receive goods or services, Bitcoin addresses cannot remain fully anonymous. Because the blockchain is permanent, something that is not traceable now may become easy to trace in the future.

As such, Bitcoin addresses should only be used once and people must be careful not to disclose their addresses. Users should be aware that cryptocurrency exchanges and other services may require personally identifying information, and under legal pressure, may provide this information to government agencies.

Users should use a new Bitcoin address each time payment is received. Additionally, users can use multiple wallets for different purposes to segregate transactions so it is impossible to associate them to a single identity.

Although finding the source of an IP address on the Bitcoin network can be difficult, IP addresses can sometimes be logged and associated with a transaction or address. IP addresses reveal geographic information about a user, such as country and even state the computer accessed the internet in. Some users may want to consider using a tool such as Tor while transacting to obfuscate this information.

Third-party Bitcoin mixers can help break the link between transactions, while privacy protocols like CashShuffle on Bitcoin Cash can simplify the process and remove the need to trust a third party.

Privacy currencies also offer a strong layer of anonymity. Monero and shielded Zcash transactions are already “more than anyone can handle right now,” in terms of forensic techniques.

Understanding the IRS and Cryptocurrency: Penalties, Tax Evasion, and Compliance