US legislators ask SEC to approve a Bitcoin spot ETF

US lawmakers ask why the SEC have approved two futures-based Bitcoin ETFs but still refuses to approve a spot-based ETF, 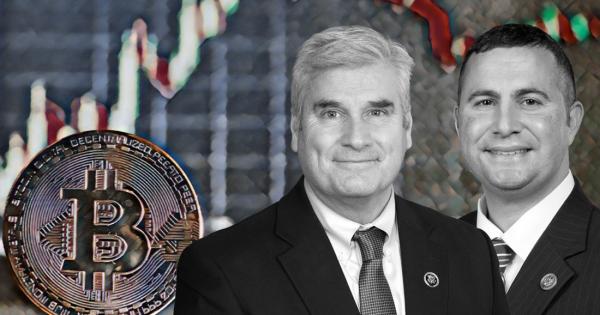 Top lawmakers in the United States have urged the chairman of the Securities and Exchange Commission, Gary Gensler, to approve a spot Bitcoin ETF despite the recent approval of futures-linked BTC ETFs.

In the letter, signed by Tom Emmer and Darren Soto, the legislators questioned the commission’s logic in approving a Bitcoin futures ETF while refusing to approve a spot Bitcoin ETF. According to them, a futures ETF is “potentially” more volatile than a spot ETF especially as it may impose more fees on investors.

The two pro-crypto lawmakers, however, acknowledged the fact that the approval of a crypto based ETF is a “step forward for millions of Americans who are demanding access to simple ways to invest in Bitcoin”

Earlier in the week, the foremost financial regulator, again, postponed its approval for a spot Bitcoin ETF in Valkyrie’s Bitcoin Fund to between November 8 and January 7, 2022. Unlike its approved sister Valkyrie’s BTF, Valkyrie’s new ETF will issue “fractional undivided beneficial interest” in Trust which holds Bitcoin directly.

Less than a month ago, the SEC, after months of speculation and refusal to approve a Bitcoin-based ETF due to the volatile nature of the space, finally caved in and approved the listing of ProShares Bitcoin ETF which has gone on to make a number of records since its first day of trading.

It is important to note that the Proshares ETF, alongside the younger Valkyrie’s BTF, are both based on futures with the SEC still reluctant to approve an ETF that would grant a direct exposure to the leading digital asset.