The first-ever Bitcoin Futures ETF has successfully jumped 4.8% higher and has closed at a striking price of $41.84. 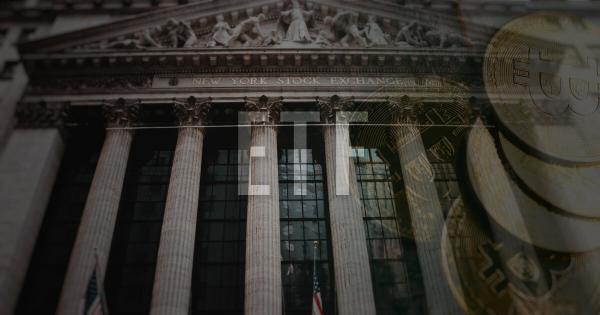 Founded in 1977, Proshares is an American provider of specialized exchange-traded funds, which assists investors in managing the associated risk factors, volatility and helps in boosting returns for maximized revenue generation.

The ETF which was launched on Tuesday under the ticker name “BITO” started with $20 million worth of capital that saw a record high in the past 24 hours. The surge volume indicates the enthusiasm of investors who have been looking forward to trading cryptocurrency with a futures backing.

An ETF is a type of investment fund that can be traded on a stock exchange. ETFs often possess lower fees than other funds and allow investors to short markets, earn leverage, and help in avoiding short-term capital gain taxes.

Investors often use ETFs to purchase various tradable financial assets such as shares, bonds, and derivatives. These types of funds allow investors to own underlying assets in an indirect manner offering them a portion of profits and residual value in case of liquidation of funds.

The debut of Proshares Bitcoin ETF has recorded a significant spike of more than a 4% rise in the prices of Bitcoin. The asset neared its May 2021 all-time high of nearly $65,000.

According to Coinmetrics, a leading provider of crypto financial intelligence data and stats, Bitcoin had recorded a jump of 1% from its all-time high price in April that was bolstered at $64,899. Bitcoin futures have also seen a notable surge in prices and have gained a 4% rise in market price.

According to Fidelity Platform, BITO was the most purchased financial product with more than 8,800 orders received on Tuesday.

Meanwhile, Will Hershey, the CEO of Roundhill Investments, told CNBC that the Proshares ETF launch marked an outstanding growth of the ETF industry in near future.

Hershey cited an example of SPDR S&P 500 ETF discussing the day when it was launched in 1993. The company had then managed to acquire $40 million which was considered a significant amount in terms of trading volume, however, the current ETF scenario with the Proshares ETF launch tells a different story.

By the end of the day, BITO had traded on about $984 million in terms of trading volume which implies that the fate of the ETF industry is indeed bright and prosperous.