HMRC follows up on Chancellor Sunak's pledge to enhance the competitiveness of crypto-asset taxation by calling on the input of DeFi stakeholders. 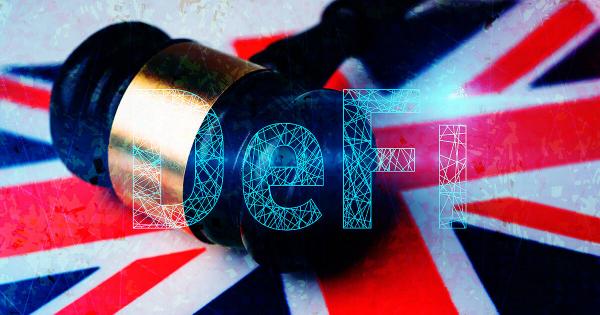 U.K. tax authority H.M. Revenue and Customs (HMRC) opened a public consultation on the tax treatment of DeFi lending and staking on July 5.

The Lead Official in the inquiry, Alex Bosinceanu, called on U.K. DeFi stakeholders to submit evidence for a review on the topic.

“HMRC would like to hear from investors, professionals and firms engaged in DeFi activities including technology and financial service firms; trade associations and representative bodies; academic institutions and think tanks; and legal, accountancy and tax advisory firms.”

The consultation period will run for two months, from July 5 to Aug. 31, after which a summary of responses will be published along with details on what happens next.

Responses or inquiries can be made at: [email protected]

As part of the FinTech Sector Strategy, the U.K. government voiced its intent to develop closer integrations between crypto-assets and the legacy financial services sector. The overarching goal is to position the U.K. as a global hub for financial innovation.

Part of this strategy includes the formation of clear and appropriate tax treatment for digital assets.

On April 4, Chancellor Rishi Sunak posted about the government’s plans to turn the U.K. into a “cryptoasset technology hub.” Among the goals was a commitment to “enhancing the competitiveness of the U.K. tax system” to encourage the crypto sector’s development.

Preliminary findings show the government is aware that current tax rules fail to account for the (sometimes) complicated activity of DeFi staking and lending. Specifically, Bosinceanu’s consultation statement highlighted instances where a taxable event occurred, yet the asset was not disposed of. Thus, unfairly increasing the tax burden on the DeFi investor.

“We have been told that there are situations where the tax rules treat transactions as disposals where the effective economic ownership of cryptoassets is retained.”

Positive steps from the U.K. government

The inquiry aims to gather evidence on how existing tax treatment impacts DeFi activity and advise lawmakers on the “options for reducing any friction.”

However, the consultation only concerns DeFi lending and staking; the lending aspect includes pooled liquidity provision but not DeFi activities as part of a trade, such as operating a DeFi platform.

On June 22, the U.K. Treasury announced it would scrap plans to require service providers to collect data on “unhosted wallets” – a move that was met with relief from privacy advocates.

Taken in conjunction with the Defi consultation, it appears Chancellor Sunak is genuine in his attempts to transform the U.K. into a crypto hub.

Businesses could soon pay their taxes with crypto in Florida