What is U.CASH and Why Did It Surge Thousands of Percent In Days? 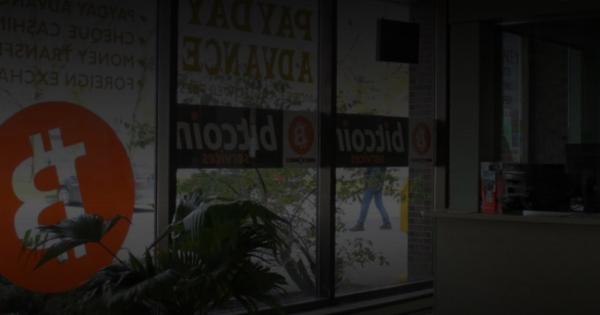 Rising star U.CASH has recently made an explosive entrance into the cryptocurrency market, recording gains of thousands of percent just days from launch. U.CASH has now achieved a market cap of over $500 million and has settled into a strong position in the top 30 cryptocurrencies by market cap, promising financial freedom for the unbanked.

What exactly is U.CASH, though, and what does it do? In this introduction to U.CASH we’ll explore the goals, history, team, and function of U.CASH and cut through the hype around 2018’s most incendiary new initial coin offering in an attempt to decipher the cause of its perplexingly meteoric rise to the upper echelons of the market cap ranks.

Instead of running a traditional initial coin offering, U.CASH launched with a unique “IBO”, or Initial Bounty Offering , which distributed a large part of the 8 billion or so tokens generated in the event to individuals that participated in the massive U.CASH bounty scheme. Tokens are now available in a range of trading pairs on the BTC-Alpha exchange only.

While the core axiom of U.CASH may involve blurring the lines between digital and fiat currencies via a network of retail operators, the planned services outlined by the U.CASH project are extremely broad. U.CASH claims that users will be able to pay bills via dedicated smartphone apps, link prepaid debit cards to pay for goods and services with cryptocurrency directly, or even notarize documents.

While the U.CASH platform may promise many enticing features, it can be difficult to pin down exactly what U.CASH wants to deliver, how it plans on doing so, and technical specifics of how the project operates.

While U.CASH does deliver a comprehensive FAQ, it appears to be designed with blockchain beginners in mind, focusing more on broad explanations of “what is Bitcoin” as opposed to technical information.

The U.CASH team is driven by founder Ageesen Sri, but the core project from which U.CASH emerged was founded by U.CASH operating officer Sina Kachooie.

The U.CASH team is massive, but there aren’t any names amongst the lineup that stand out— even amongst U.CASH’s advisors and ambassadors.

There is a significant amount of concern in the U.CASH investor community that the swift rise in value of the token could be a “pump and dump”, or even a scam — whether or not U.CASH is legitimate remains to be seen, but the U.CASH reddit community is currently experiencing issues in receiving U.CASH tokens from U.CASH at the time of this report.

The concerns around the legitimacy of the U.CASH ICO could potentially stem from the complex nature of the platform combined with the highly accessible nature of the U.CASH marketing materials. On the surface. U.CASH appears to be seamless, smooth, and intuitive.

According to to the U.CASH website, U.CASH will operate as a service for everyday users and as a platform for retail operators, who are referred to as “converters”. Users will be provided with access to the platform via a smartphone app that allows them to access cash via the U.CASH converter network, access a virtual credit card, and access other cryptocurrency functionality such as peer-to-peer payments and secure value storage.

Converters are able to use the U.CASH platform to convert cash to digital currencies via their retail locations, provide peer-to-peer loans, and verify users in accordance with KYC and AML requirements in person.

The services outlined above are but a fraction of the features promised by the U.CASH platform, which raises a serious question — how does U.CASH plan to deliver on this vast, rich, feature set?

It’s difficult to pin down a clear answer from the U.CASH website. In one section of the U.CASH FAQ U.CASH claims that the platform is “blockchain agnostic”, but this isn’t necessarily true. U.CASH tokens are ERC-20 standard tokens issued on top of the Ethereum blockchain.

This raises a number of serious questions regarding how U.CASH plans to manage token volatility and arbitrage between the blockchains it pegs tokens on, how liquidity is managed, and how U.CASH plans to secure funds that are frozen while pegged to ensure they can’t be active on both chains at the same time — none of which are answered anywhere on the U.CASH platform.

Ultimately, there are a number of issues that raise red flags regarding the U.CASH platform. Apart from the obvious technical issues that aren’t addressed in any of the information provided by the platform, the U.CASH white paper appears to have disappeared from the internet and is only available via an archive site.

There are a number of typos in the U.CASH FAQ section, which is unbecoming of a platform that has risen so high in the market cap ranks, and the level of criticism leveled against U.CASH in the U.CASH subreddit is cause for concern.

The biggest issue with the U.CASH platform, however, is that it’s antithetical to the core precepts of blockchain technology itself. Instead of creating a decentralized, democratic system, U.CASH appears to want to establish itself as “trusted third party” arbiter that delivers swift conversion from fiat to crypto— but at what cost?

U.CASH may deliver on the promises it makes in it’s “IBO” and succeed in generating a network of retail “converter” locations, but before doing so will need to provide clear and concise answers to the questions that are currently degrading its credibility. Caveat emptor.