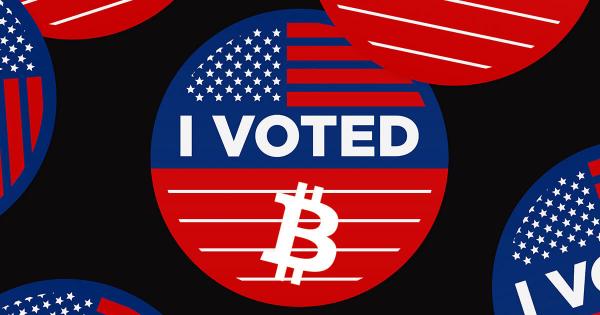 Photo by visuals on Unsplash

The two candidates — President Donald Trump and Joe Biden — go head-to-head in November, and while cryptocurrencies do not feature as part of their campaign topics; their stances on the technology will pave the path for the legal regime around crypto for the next four years.

Trump is known to not particularly be a supporter of cryptocurrencies. He was clear on this in July 2019 in a tweet. “I am not a fan of Bitcoin and other Cryptocurrencies, which are not money, and whose value is highly volatile and based on thin air,” he said at the time.

I am not a fan of Bitcoin and other Cryptocurrencies, which are not money, and whose value is highly volatile and based on thin air. Unregulated Crypto Assets can facilitate unlawful behavior, including drug trade and other illegal activity….

According to Zenledger, a tax tool for cryptocurrencies, Trump proposed handing over control of cryptocurrency criminal investigations to the Secret Service as part of a $4.8 trillion budget proposal.

The report labeled cryptocurrencies as a challenge to national security said Zenledger. No further comments were made by the Trump administration.

Meanwhile, Trump’s tweet did not go well in cryptocurrency circles; with most focussing on how US dollars are similarly used to conduct illicit trade and can be “printed” from thin air as well. “Crypto Dog,” a prominent crypto commentator on Twitter, even posted a tweet on the topic that later went viral:

I am not a fan of fiat and other state printed currencies, which are not money, and whose value is highly inflationary and based on thin air. Unbacked Fiat Assets facilitate almost all current unlawful behavior, including drug trade and other illegal activity….

However, some in the industry stated the fact that Trump commented about cryptocurrencies at all was a major point. But with a combined market cap of $350 billion, mentioning the crypto market is no surprise.

Achievement unlocked! I dreamt about a sitting U.S. president needing to respond to growing cryptocurrency usage years ago. "First they ignore you, then they laugh at you, then they fight you, then you win”. We just made it to step 3 y'all. https://t.co/N3tzUKELaK

He further called for crypto regulation and development, if the US were to remain a hub of global technological skills and activity:

“The U.S. could lead the world in that transition, and unlock tons of economic growth (just like the U.S. benefitted massively from major internet companies being built here) or another country could beat us there and build the next financial center outside of NY.”

He added that Bitcoin is inherently global just like the internet, which forms a “huge opportunity for those with the foresight to recognize it.”

Joe Biden, on the other hand, has supported technology and financial innovation as some reports show. And while there is no record of Biden speaking publicly on Bitcoin and crypto,  his actions serve clues.

In 2016, a Biden campaign started accepting Bitcoin for donations, according to The Hill. The party placed a maximum cap of $100 worth in Bitcoin per donation, requiring contributors to identify themselves using a form and their wallet address.

But that was four years ago. There hasn’t been a pro-Bitcoin speech, or action, since. In fact, when Biden’s Twitter account was affected in last month’s hack, he said owns zero units of the pioneering asset.

I don’t have Bitcoin, and I’ll never ask you to send me any.

But if you want to chip in to help make Donald Trump a one-term President, you can do that here: https://t.co/8XtBjuU5fX

He didn’t speak badly about crypto, which could be a win in the books of crypto fanatics. In addition, considering younger Americans are investing big into gold and cryptocurrencies, Biden can tap a big voter base with comments on the broader crypto industry (not necessarily those of legalization).

In conclusion, Trump has held a negative view of cryptocurrencies; with no indication of changing those points soon. Biden, however, seems to hold a favorable view. In 2011, the latter commented, “no citizen of any country should be subject to a repressive global code” when using the internet, but also a “public-private collaboration” is important to keep the internet safe and “up and running,” as per Trustnode.

That view resonates with the ethos of cryptocurrencies – make regulation enforceable but not centered on some powers.